Daniel Levy probably doesn’t need anyone else to remind him that getting rid of Mauricio Pochettino in the wake of the 2018 Champions League final defeat by Liverpool was one of his worst decisions as Tottenham Hotspur chairman.

The Argentinian was replaced by Jose Mourinho in what has proved to be an ill-judged appointment, and with that in mind, it’s little surprise that Levy is trying to court Pochettino again.

It’s worth pointing out that Paris Saint-Germain’s current manager isn’t knocking back any approaches from his old club.

Far from it in fact. 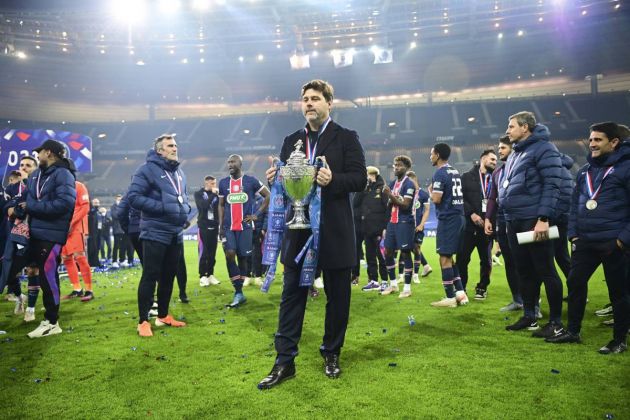 According to football.london, Pochettino and Levy are in regular contact, and it’s clear that, despite being relieved of his duties by Levy, Pochettino holds no grudges.

The outlet also note that the Argentinian has never really settled in Paris, and is still living out of a hotel some months after taking the hot-seat at PSG.

Given that his family have remained in London, the pull of the English capital is obvious, but PSG aren’t going to make it easy for him.