Liverpool could join the race to sign Saul Niguez from Atletico Madrid this summer, according to Empire of the Kop.

Saul, a product of Atletico’s academy, established himself as one of the finest midfielders around after breaking into Diego Simeone’s starting XI.

Having recently won La Liga with the side he has been with since he was 13-years-old, you’d think there’d be little desire to leave the Wanda Metropolitano.

Nevertheless, Liverpool are reportedly thought to be prepared to try their luck to sign the Spanish international this summer. 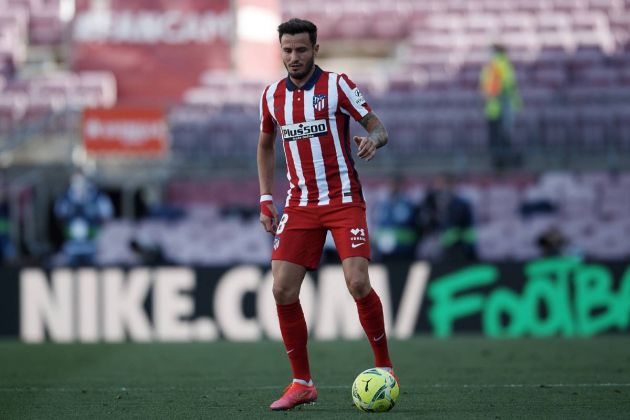 That’s according to our friends at Empire of the Kop, who report that Liverpool could be tempted to join the race to sign Saul, should be decide to leave Atletico.

The Sun report that Saul has been linked with Manchester United, but the Red Devils now look as though they could face competition from their rivals.

Liverpool eventually managed to secure a third-place finish in the Premier League, but Jurgen Klopp will be well aware that summer reinforcements are an absolute must.

Ibrahima Konate has already been acquired from RB Leipzig. Whether Saul will be a player that follows is something that Liverpool fans will have to wait patiently to find out.