Barcelona have confirmed the signing of Eric Garcia from Manchester City in a statement on the club’s official website.

Garcia, a product of Barca’s famous La Masia academy, moved to Man City in hope of building a career for himself in the Premier League.

Having been unable to force his way into Pep Guardiola’s starting eleven, he has now returned to the Nou Camp on a Bosman, Barcelona have confirmed.

In a statement posted on Barcelona’s official website, the club have revealed that Garcia has penned a five-year deal, due to run until the summer of 2026.

His buyout clause stands at €400M, with the 20-year-old set to be officially presented as a Barcelona player later today. 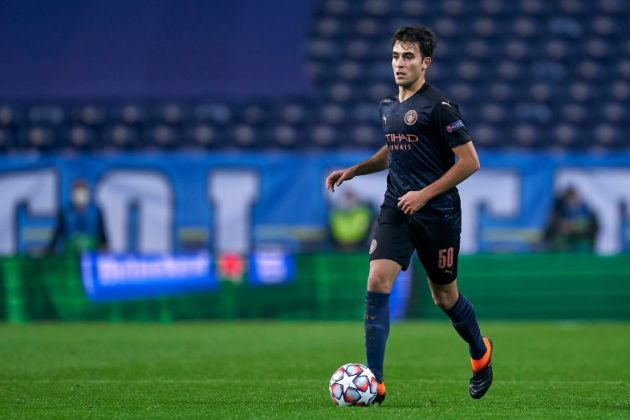 Eric Garcia dribbles with the ball for Manchester City

With the La Liga giants having confirmed Sergio Aguero’s arrival just yesterday, they’ve followed it up with a second Man City player through the door.

Barcelona have paid a combined €0 in exchange for the pair of them, which represents superb business from president Joan Laporta.