Southampton have reportedly made an enquiry as to the availability of Takumi Minamino this summer, with Ralph Hasenhuttl keen on keeping the Liverpool forward at the club.

Minamino, signed from RB Salzburg in January 2020, struggled to set the world alight at Anfield, with the strength Liverpool possess in attack complicating his route into the starting eleven.

As a result, he signed for Southampton on a short-term loan in the winter of this year, scoring two goals in ten Premier League appearances, both of which came in his first three games.

Minamino evidently showed enough promise during his short spell at St. Mary’s to impress Ralph Hasenhuttl, with Hampshire Live reporting that he is keen to keep him around for next season. 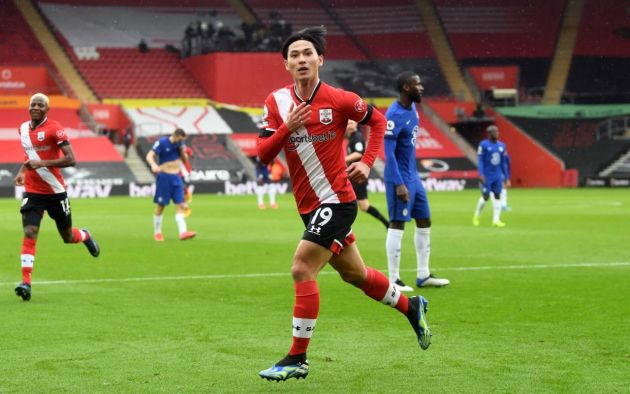 The report claims that Southampton have made an enquiry to determine Minamino’s availability, with Liverpool set to hold talks with the Japan international over his future at the club.

It remains to be seen what Liverpool’s intentions are, but as per Hampshire Live, the player himself is hoping to be playing regular first-team football, something he is unlikely to get at Anfield.