Arsenal appear intent on exploiting Andre Onana’s precarious situation to sign him for a cut-price fee, according to the Telegraph.

As the report mentions, Onana is currently banned for the game after taking the banned substance furosemide. The player claims that it was merely an error.

That hasn’t stopped Arsenal from sniffing around, though. The Telegraph‘s belief is that Arsenal are very much interested in signing him this summer.

When you consider the details, it’s easy to understand why, too.

The Telegraph report that the very maximum Onana would cost Arsenal is £7M, a figure which could be reduced if his ban is not cut short and he can’t play until the winter. 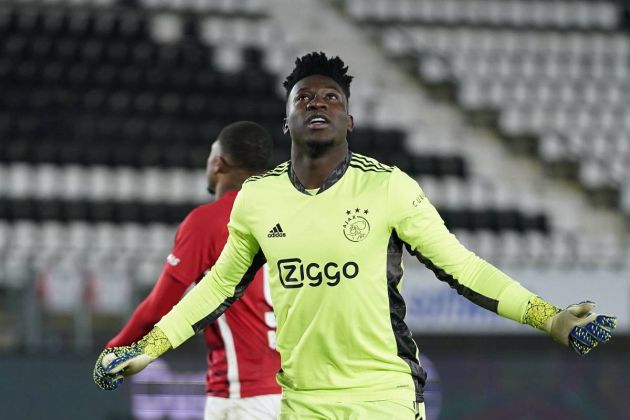 Andre Onana in action for Ajax prior to his doping ban

That is, as is mentioned in the report, a considerable reduction on the £35M quoted by Ajax when Barcelona and Chelsea were looking to sign him in the summer of 2020.

Arsenal will be given, at the very least, an 80% discount, while his doping ban appears to have made other potentially interested clubs steer clear of pursuing him.

While it’s a complicated deal to pull off, it could prove to be a genius one from the Gunners.

Arsenal in pole position to seal first major summer transfer as star wants out and will be sold June 11, 2021 12:33
Arsenal FC

Arsenal now in a position to sign star for a bargain fee this summer after recent developments June 10, 2021 14:21
Arsenal FC

Arsenal should find out next week if they can proceed with transfer for star June 2, 2021 17:34
Arsenal FC