Francisco Trincao has shown that he’s an immensely talented player since joining Barcelona, but he’s also a forward who likes to play on the right before drifting onto his left foot – a position which is very much occupied at the Nou Camp.

It’s likely that replacing Lionel Messi will be a team effort when he does finally move on, but the Portuguese starlet could do with a solid run of games next season and this loan spell could make a lot of sense:

Sporting CP finally managed to regain the Portuguese title last year so they’re on a high and will go into the season full of optimism, while they’ll also hope to see some success in the Champions League so it would be the perfect place for Trincao to go and prove himself.

Even if he doesn’t develop into a regular at Barca, there could still be some benefits to letting him go on loan to Sporting.

The report mentions interest in a permanent move from other sides so a productive loan spell will only help to push his price tag up, while Sporting are forever developing some of the best talents in Europe so it won’t do any harm to form a positive relationship with them either.

At this point it doesn’t look like the player has an obvious place in Barca’s plans for next season, so a loan move this summer looks like the most obvious outcome.

Stoichkov tells Barcelona to ‘sell’ Antoine Griezmann as team play with ’10’ whenever big-money attacker is ‘on the field’ March 11, 2021 22:24
Champions League 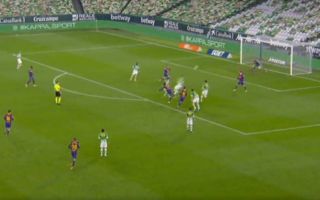 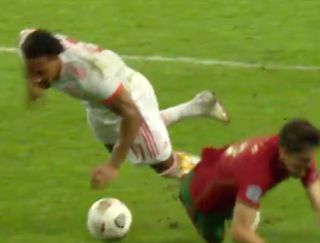