Man United were the nearly men of the 2021/22 campaign, having finished second in the Premier League and as runners-up of the Europa League. Second place isn’t good enough for a club of United’s stature.

Ole Gunnar Solskjaer will knows that as well as anyone else and will be desperate to end the club’s four-year wait for a trophy next time around – but summer reinforcements will be needed if he is to achieve that.

Every Man United fan will have their own opinions as to how the squad can be strengthened in order to challenge for next term, and Luke Chadwick, who made 39 appearances in the middle of the park for the club, has his ideas as to how they can strengthen in that area of the field.

Speaking exclusively to CaughtOffside, Chadwick revealed his admiration for N’Golo Kante. Recognising that the Chelsea star is not realistically obtainable, he proposed a potential alternative.

“I don’t think there is an equivalent – but Ndidi at Leicester, where Kante come through, he’s one who could be that.” 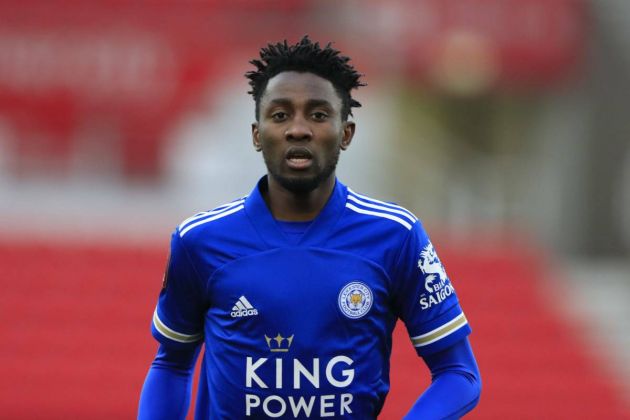 “But then Leicester are a team that are looking at those top spots as well, so whether you’d be able to get him and free him from Leicester it a tough call.”

“I think it’s hard to compare anyone with him [Kante] but I’m sure they’ll be looking. McTominay has got a fantastic future ahead of him and Fred does a great job as well, but it’s whether they can make that step up from being really good, good Premier League players to world-class players.”

There are definite similarities between Ndidi and Kante, with the former breaking up play, as well as distributing and driving forward from deep in the Leicester City midfield, just as Kante did prior to his move to Stamford Bridge.

Transfermarkt value Ndidi at £45M, but considering Manchester United paid £80M for Harry Maguire (as reported by the BBC), it’s difficult to imagine Leicester being prepared to sell at that price.

Ndidi is a player who Man United could get their hands on, were they willing to do so, but they’d likely have to write a hefty cheque in order to get him through the door.