According to claims made on Spanish radio show El Transistor, Sergio Ramos is attempting to sabotage Real Madrid’s pursuit of Kylian Mbappe.

Ramos has been an outstanding servant for Real Madrid, but all good things must come to an end. With his contract due to expire at the end of the month, Spain’s all-time appearance maker looks set to depart.

While you’d ordinarily expect a player to leave on good terms when they’ve given as much to a club as Ramos has to Real Madrid, there doesn’t appear to be much prospect of that happening. 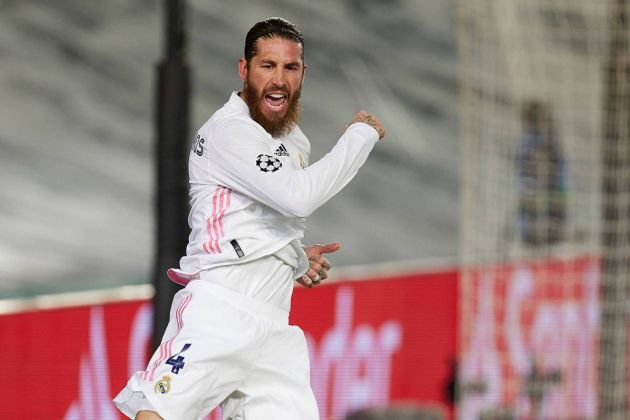 If the information provided is correct, Ramos is going out of his way to ensure that the Real Madrid players do not bow to the club’s demands over cuts to their salaries.

While that is a commendable way to look out for your former teammates, it’s hard to imagine Florentino Perez being particularly happy with his Mbappe budget being depleted.

If there was even the faintest of chance that Ramos would sign a new contract and remain at the Santiago Bernabeu, that has surely now gone.

While Ramos is unlikely to have many admirers in the Spanish capital at current, he may well have earned himself back some respect among the Liverpool fanbase.

As reported by the Liverpool Echo, Mbappe has been linked with a move to Anfield. If Real Madrid do not have the necessary funds to sign the Frenchman, that clears the path for Liverpool.

Transfermarkt note that Mbappe’s contract with PSG is due to expire in just a year’s time. Liverpool couldn’t actually pull this one off, could they?