If a player or a manager signs for a team that used to be a rival then there’s always going to be a quote that doesn’t look great, so it could be fascinating if Antonio Conte does take the Spurs job:

?? #THFC Antonio Conte in advanced talks with Tottenham board about…

In some ways you can make comparisons with Mourinho in terms of being a disciplinarian but Mourinho’s success was all in the past, while Conte has just won the league with Inter Milan and ended a long drought so he could be the perfect man for Spurs.

He also saw some success with Chelsea so that would add an edge to his appointment, while it’s not clear how the fans would feel about these past comments: 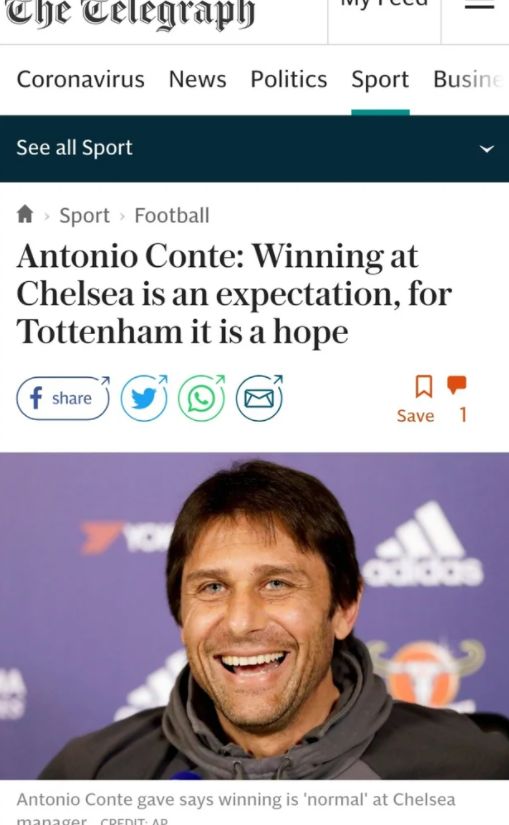 Of course there will be some Spurs fans who don’t appreciate what’s been said there, but you could also argue that he’s summed up the situation perfectly.

Spurs haven’t won a lot recently so they go into the season more in hope than expectation, and Conte has a proven track record of success so he could be the man to turn that hope back into expectation again.

It would be a fascinating pairing as he’s a perennial winner while Spurs are famous for always finding a way not to win, so something would have to give.