Chelsea are willing to bid €100M for Inter Milan striker Romelu Lukaku, despite his claims that he will not be leaving this summer.

That’s according to Todo Fichajes, whose belief is that Chelsea have not been deterred by revelations from Lukaku himself that he will be staying at Inter Milan ahead of next season.

Romelu Lukaku on his future in #DEVILTIME (VTM):

“Yes, I am staying. I’ve already had contact with the man who normally becomes our new manager. Maybe I shouldn’t say that yet… but it was a very positive conversation.” https://t.co/nUlarpoEed#CFC

It remains to be seen if Lukaku is a man of his word or not, but his resolve it set to be tested. Todo Fichajes report that Chelsea are ready to table a €100M bid for the Belgian. 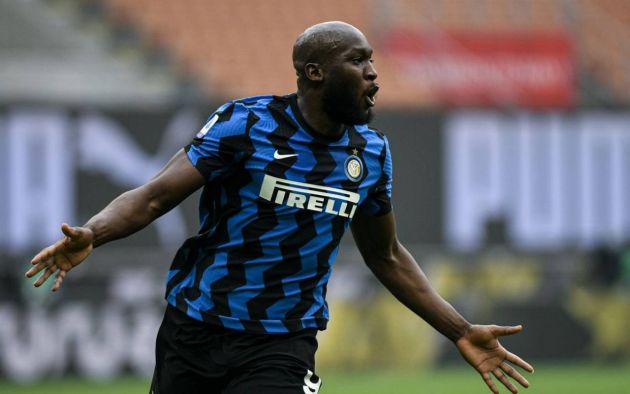 The Blues are in dire need of a centre-forward who can guarantee them goals, and Lukaku does that. The report notes that there is also thought to be interest from Manchester City.

Comments made by footballers in the public eye always have to be taken with a pinch of salt. After all, nobody wants to publicly state their desire to leave unless they’re certain it’s a possibility.

As things stand, Lukaku has no reason to kick up a fuss at Inter, but if Chelsea bid €100M, and he decides he fancies a second chance to impress at Stamford Bridge, the situation could take a turn.