There’s always a big build-up to the announcement for a squad going to an international tournament, but it feels like one player always picks up an injury in training and is then forced to withdraw.

The situation with England’s defence has provoked a lot of talk this week, especially in the right-back spot where it looked like four players were going to be taken.

Initially it looked like Liverpool star Trent Alexander-Arnold could be the odd man out, but he was then announced in the squad and it was thought he may have a role to play in midfield.

Unfortunately it looks like it was all for nothing, as he’s now set to miss the tournament after picking up an injury:

The Liverpool full back is out for six weeks with a thigh injury and will withdraw from the England squad | @_pauljoyce https://t.co/TaWOdkYt9s

That report suggests there will now be an opportunity for Jesse Lingard or James Ward-Prowse to take his spot so it will be a bittersweet moment for them, but you really have to feel for the Liverpool man. 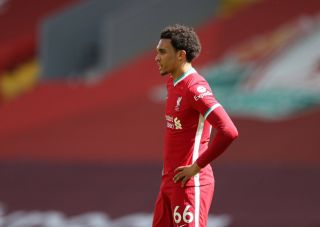 ‘Southgate obviously knows that Trent thinks he’s a fraud’ – These Liverpool fans react as Alexander-Arnold is expected to be dropped from England’s Euros squad May 31 2021, 21:25
Liverpool FC