Reported Manchester United target Hakan Calhanoglu is looking set to leave AC Milan on a free transfer at the end of the month.

As is reported by the Express, the 27-year-old Turk, who is out of contract with the Rossoneri at the end of the month, has been linked with a move to Manchester United.

Although both parties are cutting it fine, with it being less than a month before his contract expires, there has not yet been any official confirmation that he will leave AC Milan.

It may well now be safe to assume that he will, with Calciomercato reporter Daniele Longo taking to Twitter to reveal that Calhanoglu is ‘very far’ from AC Milan in talks over a contract extension. 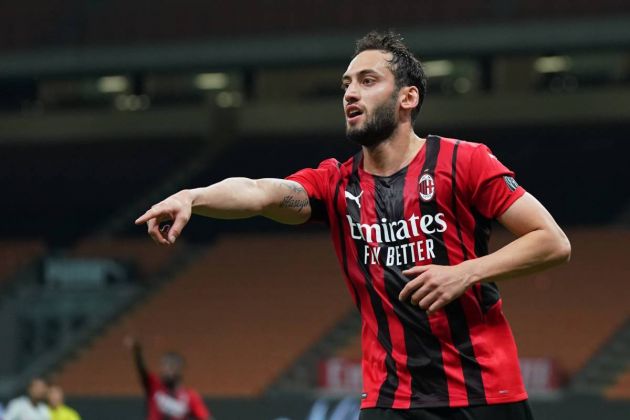 Longo does also mention Juventus as a potential suitor for Calhanoglu, but if Man United are legitimately interested, it’s hard to see them passing up a move to sign him over the coming weeks.

Calhanoglu has been a key figure for AC Milan during their resurgence up the Serie A table, with Champions League just having been secured, a superb achievement for all involved.

If he has now decided that now would be the time to depart, you imagine Man United would be in with a fighting chance of convincing him to move to the Premier League.