Arsenal have thrown their name in the hat with giants Barcelona as they’ve reignited their interest in a promising attacker that they tried to sign in 2017, when the talent was just 16 years old.

According to Brazilian outlet Globo Esporte, the Gunners are alongside the Catalan powerhouses with an interest in Internacional striker Yuri Alberto.

News of Barcelona being keen on the 20-year-old emerged a day ago via Catalunya Radio. This transfer speculation comes after an encouraging debut season for Alberto at Inter.

Alberto came through the ranks of Santos, with Globo reporting that the centre-forward caught the eye of Arsenal after the Under-17’s Montaigu international tournament in 2017, held in France.

It’s added that the North London outfit made contact over the potential signing of the Brazil youth international after the competition, but negotiations never ended up advancing.

Whilst it’s stressed that the Internacional hierarchy are not aware of Barcelona and Arsenal’s interest right now – which is all about to change, the club believe they could net €15m from Alberto’s sale.

See More: Arsenal plan transfer bid for midfielder after Thierry Henry recommendation in role that helps out everyone involved

Globo actually report that Alberto’s entourage feel as though the ace, who has also been deployed on the wing a couple of times, can net a transfer fee of €20m.

It shouldn’t be anywhere near as difficult for either Arsenal or Barcelona to recruit the ace as it usually is with South American prospects as the report adds that Alberto holds a European passport.

Alberto has scored 17 goals and contributed two assists for Internacional in 49 appearances, per Transfermarkt, signalling that the decision to move on from Santos was the right one.

With Alberto contracted until 2025, Internacional face no pressure when it comes to cashing in on the Brazil Under-23s international, so they can perhaps wait for the ace to develop further before selling. 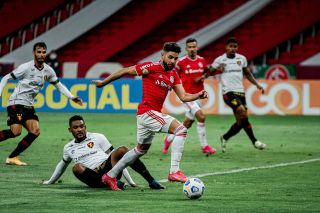 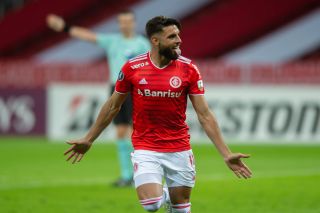 Barcelona looks to add an offensive player to their squad as they eye Sport Club Internacional striker June 3, 2021 21:06
FC Barcelona