There’s a saying that you shouldn’t look a gift horse in the mouth, and news that Barcelona could offload one of their worst performing players in 2020/21 shouldn’t be taken with a pinch of salt.

The Catalans need to clear the decks to some extent this summer in order to make room for new signings, however, the issue with many of the players that the club wants to leave is that they’re apparently on such good contracts, they’d rather sit and rot on the bench.

One player who would surely lovely to get out of Camp Nou as quickly as practicable is Miralem Pjanic. 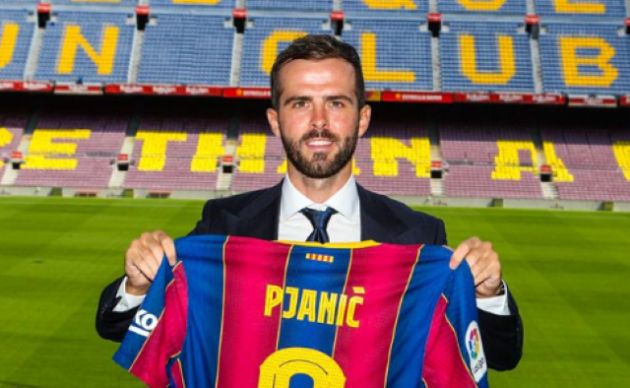 The deal for Pjanic has worked out awfully for Barcelona, he’s barely played.

The Bosnian was signed in a swap deal which took Arthur Melo to Juventus. A deal which was seemingly only made because previous president, Josep Maria Bartomeu, was cooking Barcelona’s books.

In any event, according to Gazzetta dello Sport, cited by Forza Italian Football, new Juventus coach, Max Allegri, has asked the powers that be at the Bianconeri to prioritise the signing of his former player, who spent three years under his tutelage during his previous spell.

Given how far outside of Ronald Koeman’s plans Pjanic appears to be, Barcelona should look to get the deal done as quickly as they can.