Napoli centre-back Kalidou Koulibaly is reportedly on Manchester United’s list of targets to strengthen in defence this summer.

Koulibaly, who joined Napoli back in 2014, has gone on to establish himself as not only one of the best centre-backs in Italy, but one of the most formidable on the planet.

He’s been frequently linked with leaving Naples, but Aurelio De Laurentiis is a notoriously tough negotiator. Players only ever depart the club on his terms.

With Koulibaly now 29-years-old, it remains to be seen if Napoli would change their stance and be willing to cash-in on the Senegal international while his value remains high. 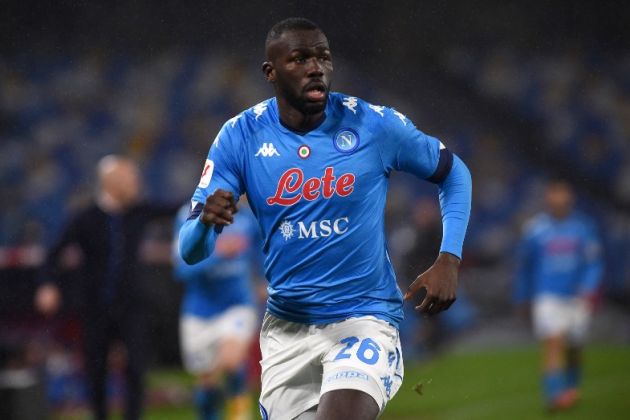 Corriere dello Sport (via Sport Witness) suggest that Napoli’s failure to qualify for the Champions League could force the club into making high-profile sales.

Koulibaly, as well as teammate Fabian Ruiz, both valued in the region of €60M, as per the report, have been mentioned as players that could be sacrificed.

Corriere dello Sport’s belief is that Koulibaly is wanted by Manchester United, who are in need of a suitable partner for Harry Maguire in defence.

Whether Man United would be willing to pay the aforementioned €60M valuation is unclear, but Koulibaly is the calibre of signing that could really turn them into title contenders.