Arsenal youngster Bukayo Saka has been hanging out with Jesse Lingard during England duty, as the pair posed together on Instagram.

It’s not entirely clear when this photo was taken, but Saka shared it last night despite Lingard missing out on Gareth Southgate’s final squad for Euro 2020… 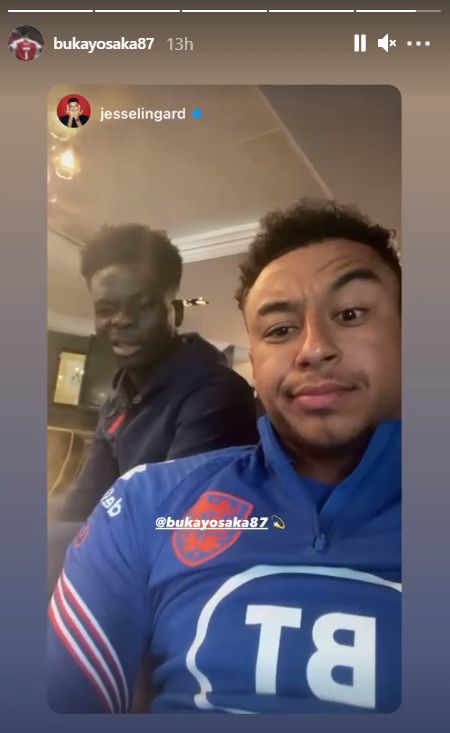 Could the pair have been hanging out for transfer talks? Lingard certainly has a decision to make on his future this summer and has been linked with Arsenal.

The Manchester United winger shone on loan at West Ham in the second half of the season and seems likely to be on the move in the coming weeks after falling out of favour at Old Trafford.

Lingard’s form at West Ham could earn him a big move, however, and some Gooners will surely hope Saka has been whispering in his hear about joining him at the Emirates Stadium.