With Zinedine Zidane deciding to leave Real Madrid for the third time this summer, it’s been left to former coach, Carlo Ancelotti, to get Los Blancos back to the pinnacle of Spanish and European football.

The club clearly have lofty ambitions as always, and the Italian will have to match those or else find himself being shown the Santiago Bernabeu exit door.

In the absence of Cristiano Ronaldo, in his pomp the last time Ancelotti was at the club, Karim Benzema has shouldered the goalscoring responsibility.

With the shackles off, the Frenchman has done exactly that and with some aplomb it must be said. 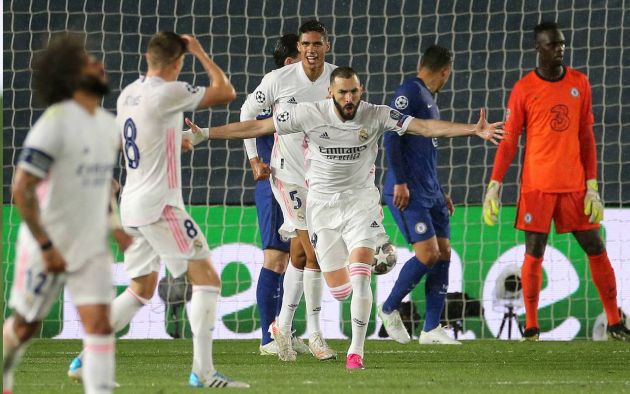 Karim Benzema celebrates another goal, but Carlo Ancelotti wants him to get 50 in 2021/22

However, Ancelotti has set him a target that surely even he will struggle to hit.

According to MARCA, the striker’s best season in goalscoring terms was the 32 he managed in 2011/12 under Jose Mourinho.

Ancelotti now wants him to get 50 goals in 2021/22, and if he gets anywhere close to that it’s because Real will almost certainly have won every competition they enter.