West Ham star Declan Rice has been tipped to have a great tournament for England at Euro 2020 this summer by former Three Lions boss Glenn Hoddle.

The Hammers ace is one of the most exciting young players in Europe and is sure to be important in England’s midfield this summer due to his superb defensive work and ability on the ball.

Interestingly, Rice has been linked with Chelsea on a few occasions, most recently by the Telegraph’s Matt Law on the London Is Blue podcast.

The Blues would surely always relish having another player like Kante in their squad after the France international’s immense displays for the club in their Champions League-winning campaign in 2020/21.

Meanwhile, England fans will no doubt hope that Hoddle is justified in hyping the 22-year-old up ahead of this summer’s big international tournament.

“For me, Rice is a real key player. We’re always talking about Phil Foden, Jack Grealish and Harry Kane, but if Declan has a really big ­tournament, England will do well,” Hoddle is quoted by the Daily Mirror. 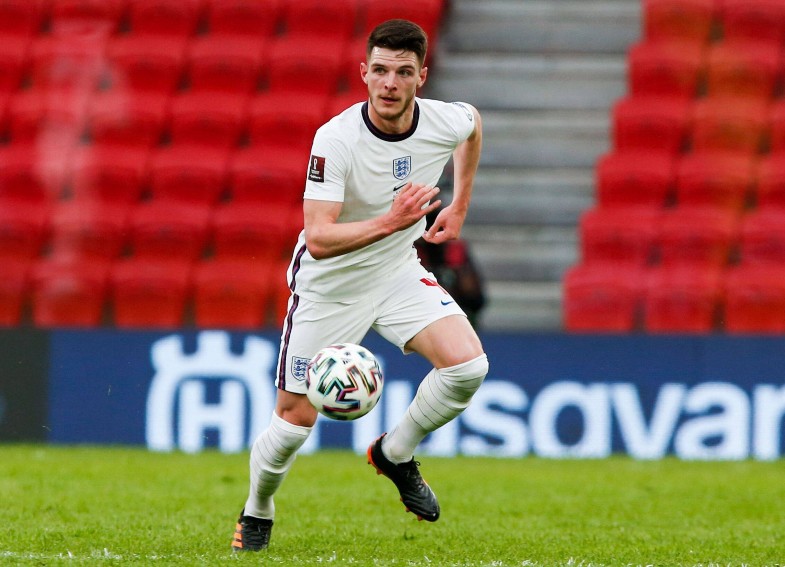 “He’s that influential with West Ham and I think he’s becoming so with England, too.

“It’s his stability, allied to his ­defensive work, but he’s also getting ­forward now, too.

“He’s choosing his moments and he reminds me – not in style – but he has this little burst now like Patrick Vieira where he can step through the lines. N’Golo Kante does it, too.

“As a youngster, you hope you are. You are learning from good professionals like Mark Noble with West Ham and Jordan Henderson with England, but now he’s going to that tournament thinking, ‘I can live with these people’.

“He’s better on the ball than people give him credit for. He’s seeing space and bursting into it. And he’s got that ­attribute where he can slip into the back four. He can intercept, he can read the game.

“He can’t win you the game, he’s not a match-winner, but he could be a match-saver at the other end.

“In three or four years’ time, he’s going to be a helluva player.”