Laporte has had a fine career at City but is no longer an automatic starter in Pep Guardiola’s side, so it could make sense that he soon moves on in pursuit of more playing time.

According to Sport, Barcelona are interested in the Spain international, who seems like he could be an ideal long-term replacement for the ageing Gerard Pique.

From City’s perspective, there could also be a tempting reason to let Laporte join Barca, with Guardiola a long-time admirer of Roberto, who could move in the opposite direction. 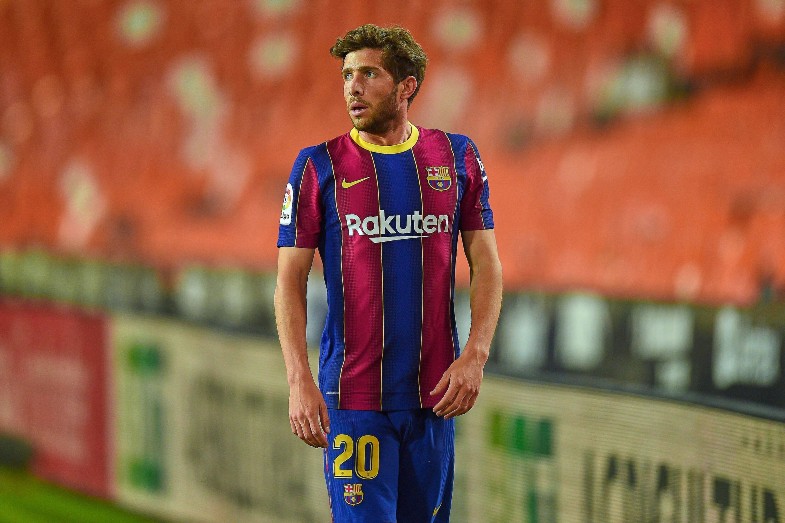 Sergi Roberto in action for Barcelona

The versatile utility man has been a solid and reliable performer for the Catalan giants, and Sport claim he could be a tempting signing for City this summer.

The report stresses that these clubs have a good relationship, which could perhaps help them agree this potential exchange deal at some point in this transfer window.