It never rains but it pours at Barcelona, and as the new regime go deeper into the dealings of the previous board, more and more corruption is being uncovered.

This time it relates to payments made to Andre Cury, the man behind the deal to bring Neymar to the Camp Nou, and an associate of both disgraced former president, Sandro Rosell, and Josep Maria Bartomeu, who was ousted by the members before his time at the helm had come to an end.

Cury, it appears, according to Catalunya Radio and cited by Sport, was paid a whopping €685,000 per year to work as a scout for the club, with particular emphasis on South American players.

Ordinarily, that might not raise too many eyebrows, but when one considers that the most any other agent at the club, and there were up to 40 at the time, was paid no more than €70,000, questions will be asked. 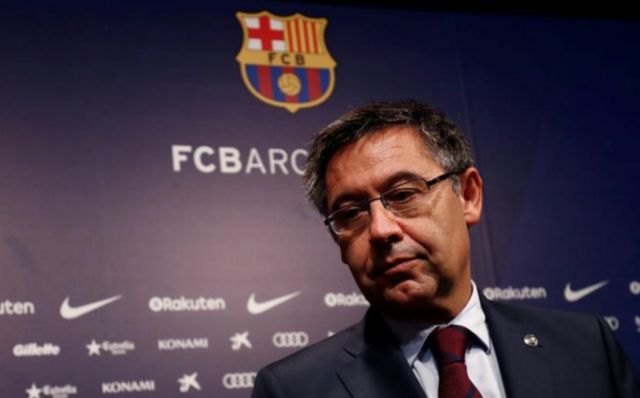 Catalunya Radio, cited by Pledge Times, also note that Cury had many other unclassifiable additional expenses including a month long stay at a luxury hotel by the Camp Nou.

Cury has apparently continued to claim for his bills as no one has notified him of his dismissal, despite this being thought to have happened almost a year ago the report claims.

Intriguingly, Cury’s contract was signed by president Bartomeu, as well as vice president of sports, Jordi Mestre, CEO Óscar Grau, and Cury himself.

Catalunya Radio cited by Pledge Times note that this type of contract would never normally require the president’s signature, which hints at more dodgy dealing at the very highest levels of the club.

The huge conundrum for Joan Laporta if he wants to sign Memphis Depay for Barcelona May 24, 2021 14:18
Olympique Lyonnais