Manchester City could reportedly be targeting both Harry Kane and Jack Grealish in this summer’s transfer window.

ESPN claim the England duo are City’s top targets as they look to build on their latest Premier League title success, with Grealish perhaps set to cost as much as £100million to sign from Aston Villa.

Kane, meanwhile, has also been linked with City by the Independent in the past, who suggested Tottenham could demand an incredible £200m for their star player.

£300m is a lot on just two players, but City are one of the few clubs who could probably afford it, and it may always have been realistic for them to expect to have to fork out that much for two players who seem absolutely ideal to come in as long-term replacements for legendary duo David Silva and Sergio Aguero.

It remains to be seen if Pep Guardiola and co. can definitely pull this off, but if they do they would have an absolutely incredible starting XI next season… 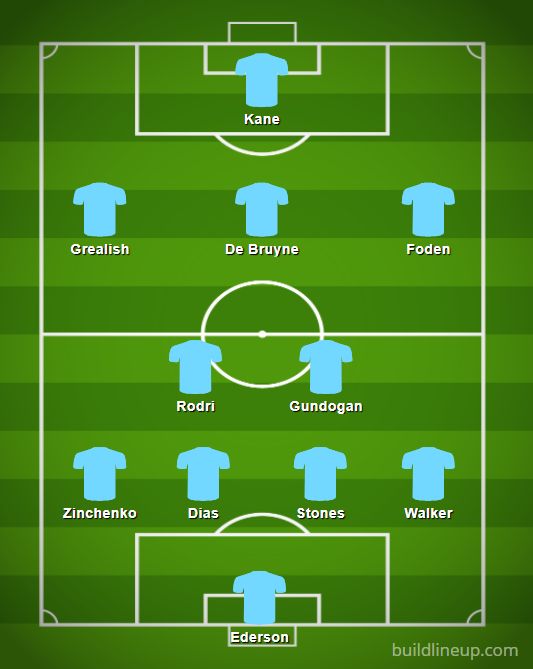 And remember that they also have Raheem Sterling and Riyad Mahrez as options to rotate with these players…the depth is arguably like nothing else in world football.

Surely there’s no one who can stop City in the title race next season if they manage to get this world class duo in?

City fans can also get a glimpse of things to come at Euro 2020 this summer, where Grealish and Kane should be key players to link up together for England.