Manchester United and England left-back Luke Shaw insists the players are not going to stop taking a knee before games.

Some England fans booed the players for the gesture before the Austria game, though others then tried to drown the jeers out with cheering.

Luke Shaw: "We'll keep taking the knee, we believe in that and we won't stop." #mulive [@footballdaily] pic.twitter.com/eTZ3PCeQ7P

Fair play to Shaw and the rest of the team who clearly feel it’s important to keep on making a statement on the important issue of racial injustice.

This comes as Gareth Southgate also hinted at the importance of taking a knee in his open letter on the Players’ Tribune, though he didn’t specifically mention the gesture by name.

“I have a responsibility to the wider community to use my voice, and so do the players,” Southgate said.

“It’s their duty to continue to interact with the public on matters such as equality, inclusivity and racial injustice, while using the power of their voices to help put debates on the table, raise awareness and educate.

He added: “The last 18 months have put added pressure on everyone, I know. Venting that might have taken place while walking out of the stadium, or in the pub has been transferred online. I get that. However, there are things I will never understand. 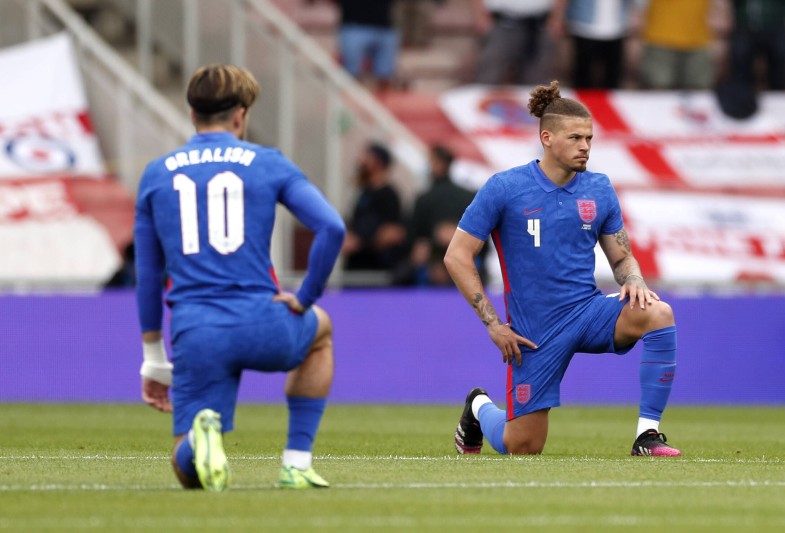 “Why would you tag someone in on a conversation that is abusive?

“Why would you choose to insult somebody for something as ridiculous as the colour of their skin?

“Unfortunately for those people that engage in that kind of behaviour, I have some bad news. You’re on the losing side. It’s clear to me that we are heading for a much more tolerant and understanding society, and I know our lads will be a big part of that.

“It might not feel like it at times, but it’s true. The awareness around inequality and the discussions on race have gone to a different level in the last 12 months alone.

“I am confident that young kids of today will grow up baffled by old attitudes and ways of thinking.”