It’s still not clear what Spurs will look like next season as they continue to go round in circles in their hunt for a new manager, but at least there should be some excitement around the appointment of Fabio Paratici.

Calciomercato has reported that he’s said to yes to Spurs and he’s now set to leave Juve after 11 years where he oversaw their return to dominance with some outstanding dealings in the transfer market, so the expectation will be that he does the same at Spurs.

His appointment should mainly be about unearthing some of the next big talents in Europe, but the report actually indicates that he wants to bring two big names with him from Juve.

The first would be Leonardo Bonucci who would bring a ton of experience at 34 years of age, but you also have to wonder if he would be a great fit at this point.

His best form has always come when playing in the middle of a back three and he had a horrible time at AC Milan in a more conventional setup, but if that was the plan for next season then his leadership skills would be vital.

The more exciting link comes with Swedish star Dejan Kulusevski who was brilliant last season, and he’s still developing so he should get even better. It’s suggested that these deals are seen as “dreams” just now and while Juve would be open to talks, it could be more difficult to get them over the line. 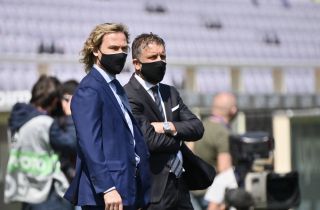