Antoine Griezmann has usually looked more like his usual self for France even when he’s struggling at club level, and he’s hitting on a great run of form going into the Euros.

He had already scored in both of his previous appearances for his country, and he’s just made it three out of three with an overhead kick against Bulgaria tonight:

Griezmann with a spectacular effort for France to go one up against Bulgaria!pic.twitter.com/Gd2N9wfN5B

It might not be the cleanest strike of all time and there’s also a deflection in there, but surely this will give him the confidence to light up the Euros next week.

Video: Griezmann leaves his Barca struggles behind with a brilliant strike for France vs Wales June 2, 2021 21:24
International Football 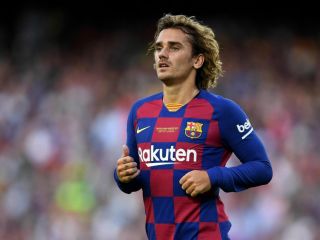 Club President admits he would “love” to re-sign Barcelona star this summer May 19, 2021 13:17
FC Barcelona