Arsenal could reportedly get the chance to bring Aaron Ramsey back to the club in a swap deal involving Hector Bellerin.

Ramsey was a star player for Arsenal for many years, but has struggled to make the same kind of impact in his time at Juventus so far.

With Juventus now interested in signing Gunners right-back Bellerin, it could be that they’ll try to tempt the north London giants into a deal by offering them the return of Ramsey, according to Sport.

The Wales international could surely still have a key role to play at the Emirates Stadium, with Mikel Arteta in need of a replacement for Dani Ceballos, whose two-year loan from Real Madrid has come to an end. 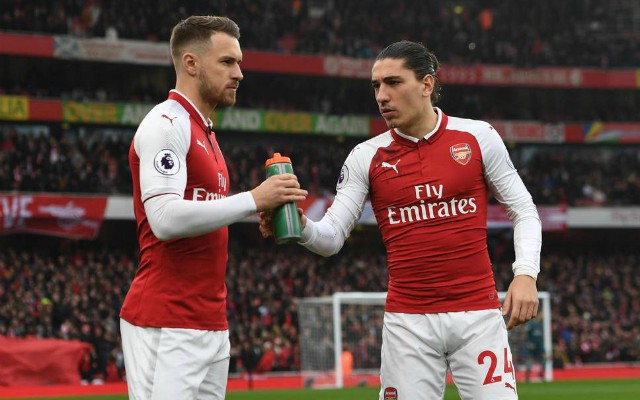 Could these two swap places this summer?

Ramsey surely still has it in him to shine in the Premier League, and Arsenal would surely do well to strengthen their midfield without having to spend a huge amount of money.

However, it remains to be seen how much Ramsey would welcome a move back to England, with CaughtOffside previously being told his preference was to remain in Italy.