Chelsea winger Callum Hudson-Odoi is likely to snub transfer offers from Bayern Munich and Borussia Dortmund this summer as he seeks to continue to work his way up at Stamford Bridge.

Despite not always being a regular for Chelsea in the last few years, CaughtOffside understands that Hudson-Odoi is keen to keep on fighting for his place despite interest from the Bundesliga.

Both Bayern and Dortmund are interested in Hudson-Odoi, but for the time being it looks unlikely that he’ll be joining either of them this summer.

Bayern have notably pursued the England international in the past, while Dortmund consider him a potential replacement for Manchester United transfer target Jadon Sancho, CaughtOffside understands.

If Dortmund cannot land Hudson-Odoi, it might make life trickier for Man Utd when it comes to persuading the German side to let their star player go.

Sancho would no doubt make a fine signing for the Red Devils, but one can understand that Dortmund might be keen to secure a replacement before agreeing to a sale.

Hudson-Odoi is a similar style of player and could have been a good fit, but Chelsea fans will surely be pleased he seems set to stay in west London. 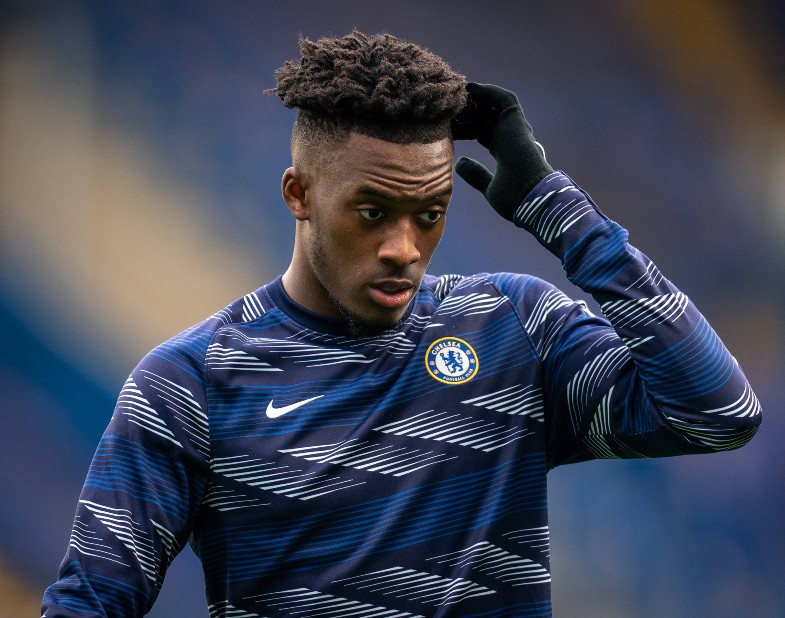 The 20-year-old has had a bit of a stop-start time at the club, but still has time to develop and improve into a fine player.

Chelsea fans will surely see the potential Hudson-Odoi has shown since rising through their academy, alongside others like Mason Mount and Reece James in this exciting generation of Blues youngsters.

Normally an attacking midfielder or winger, Hudson-Odoi has shown his versatility by filling in well as a wing-back in some matches under Thomas Tuchel, so that adaptability could serve him well in terms of affording him more chances next season.

United will no doubt hope they can remain in the running to sign Sancho, though CaughtOffside understands Bayer Leverkusen winger Moussa Diaby is also being eyed as a possible cheap alternative.