Liverpool, Manchester United, Manchester City, Chelsea, Arsenal and Tottenham will reportedly face huge punishments if they ever try to join another breakaway project like the failed European Super League.

The big six of English football were recently joined by the likes of Real Madrid, Barcelona and Juventus in trying to form a new Super League, which quickly fell apart as it was met with such a hugely negative response from fans, media pundits, and eventually even players and managers alike. 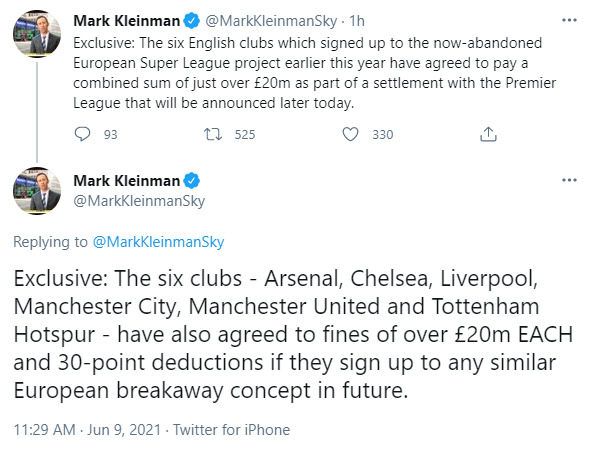 The six teams have been fined £20million, and will also face these fines again, as well as a 30-point deduction if they try anything similar in the future.

It will be interesting to see how much this puts these clubs off, as one imagines the financial benefits of a Super League might still make this move worth their while.

Having said that, it seems very clear that fans won’t stand for it, and it’s encouraging how quickly large protests were able to kill the Super League plans dead.