Arsenal are prepared to let go of academy graduate Eddie Nketiah this summer, but they’ve still offered the 22-year-old a surprise new contract, according to the Athletic (subscription required).

The Athletic report that the Gunners have put a new deal forward to Nketiah in an effort to protect the centre-forward’s value and also to hand some flexibility when it comes to their centre-forward plans.

Despite the gesture from Arsenal, the Athletic report that Nketiah is ‘unlikely’ to sign an extension with the club, which isn’t surprising considering the minimal role that the talent plays in the first-team.

Should that stance not change, the fans will bid farewell to a very promising talent with a natural eye for goal, as the Athletic add that Nketiah will ‘probably’ be sold if he rejects the offer of the new deal.

It’s added that some fellow Premier League clubs are keen on the England Under-21s all-time leading scorer, as well as sides from abroad. 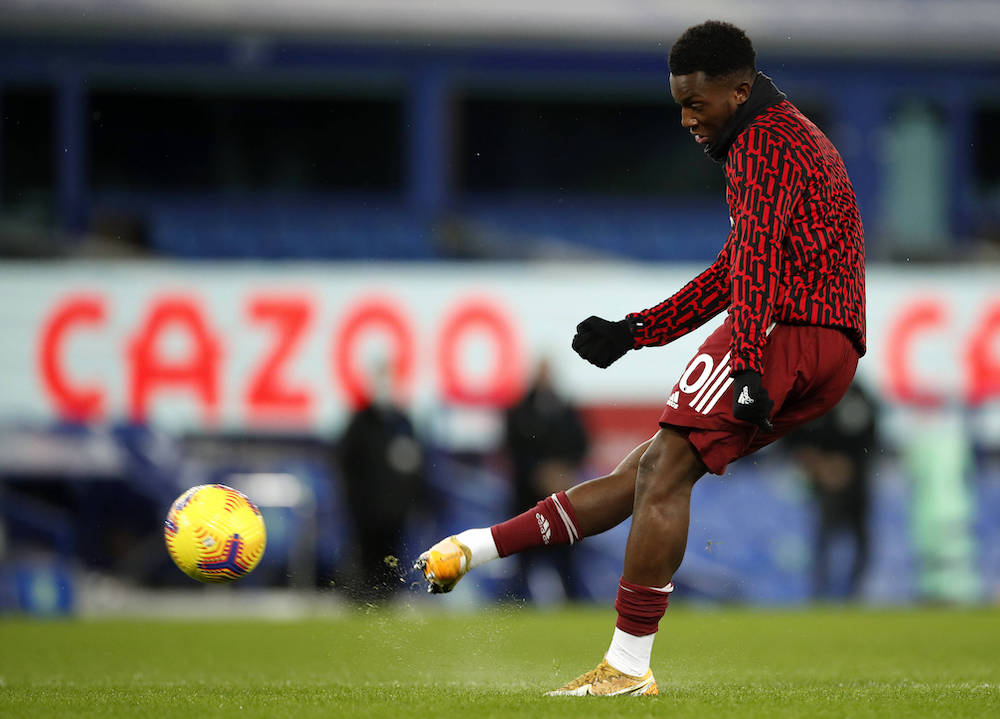 Nketiah has been in and around the first-team for a couple of years now, with the 19/20 campaign being a real breakthrough one for the Londoner, though he’s not had the chance to build on that momentum.

The England youth international contributed four goals in 17 first-team appearances for Arsenal in 19/20, Nketiah has made more appearances this term but many have been brief cameos off the bench.

Nketiah scored six times and chipped in with an assist in 29 first-team appearances for Mikel Arteta’s side this past season, but started on just 13 of these outings.

With Alexandre Lacazette and Pierre-Emerick Aubameyang still nailed-on starters, Nketiah will find it hard to break in further, especially when he’ll have to rival other young talents in Gabriel Martinelli and Folarin Balogun.

Whilst the Gunners’ squad was short up front coming into the season, the side really should’ve looked to loan Nketiah out if they knew they weren’t going to be able to offer him the minutes needed to develop.