They do say in football that you should never go back, but that’s mainly true for managers rather than players.

It’s quite common to see a player return to a former club towards the end of their career to enjoy their final few years, but there aren’t a lot of examples out there where a manager returns to a club and matches what they did before.

David Moyes made his name at Everton after some great work at Preston, but he was forced to rebuild his reputation following some disastrous spells with Man United and Real Sociedad.

If anything he gained a reputation as a manager who would probably keep you in the Premier League at the expense of any joy on the field, but that all changed last season when he took West Ham close to a Champions League spot.

The Telegraph have reported that a return to Everton was on the cards as he was viewed as a successor for Carlo Ancelotti, but that now looks impossible as they claim that he’s now agreed a new three-year contract to stay at West Ham.

Everton are a very different club now compared to when Moyes left as they do have some decent financial backing and there is more of an expectation that attractive football will be played, so it’s probably for the best that he stays in London where he’s doing a phenomenal job. 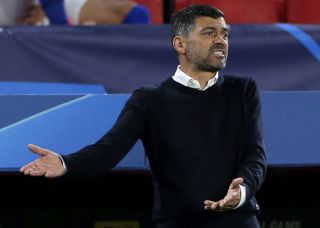