According to Spanish publication AS via French newspaper L’Equipe, Paris Saint-Germain superstar Kylian Mbappe has been left furious with Chelsea striker and international teammate Olivier Giroud.

It’s reported that Mbappe was left enraged and ready to defend himself in a personal press conference after Giroud continuously mentioned that the legend in the making did not pass to him against Bulgaria.

Giroud came off the bench to score a brace in a comfortable victory over Bulgaria, with the target-man telling the media after the match that none of his teammates passed him the ball during the second-half.

The Chelsea striker reserved specific praise for Benjamin Pavard and Wissam Ben Redder for their assists on the night, but singled out Mbappe for some apparent selfishness.

It’s added that Mbappe was furious once he heard the comments from Giroud, so much so that he wanted to give a press conference to respond, but Didier Deschamps put a stop to those plans.

See More: “We’ve got to be a bit careful” – Chelsea transfer target admits getting teased for talking to Blues ace so much 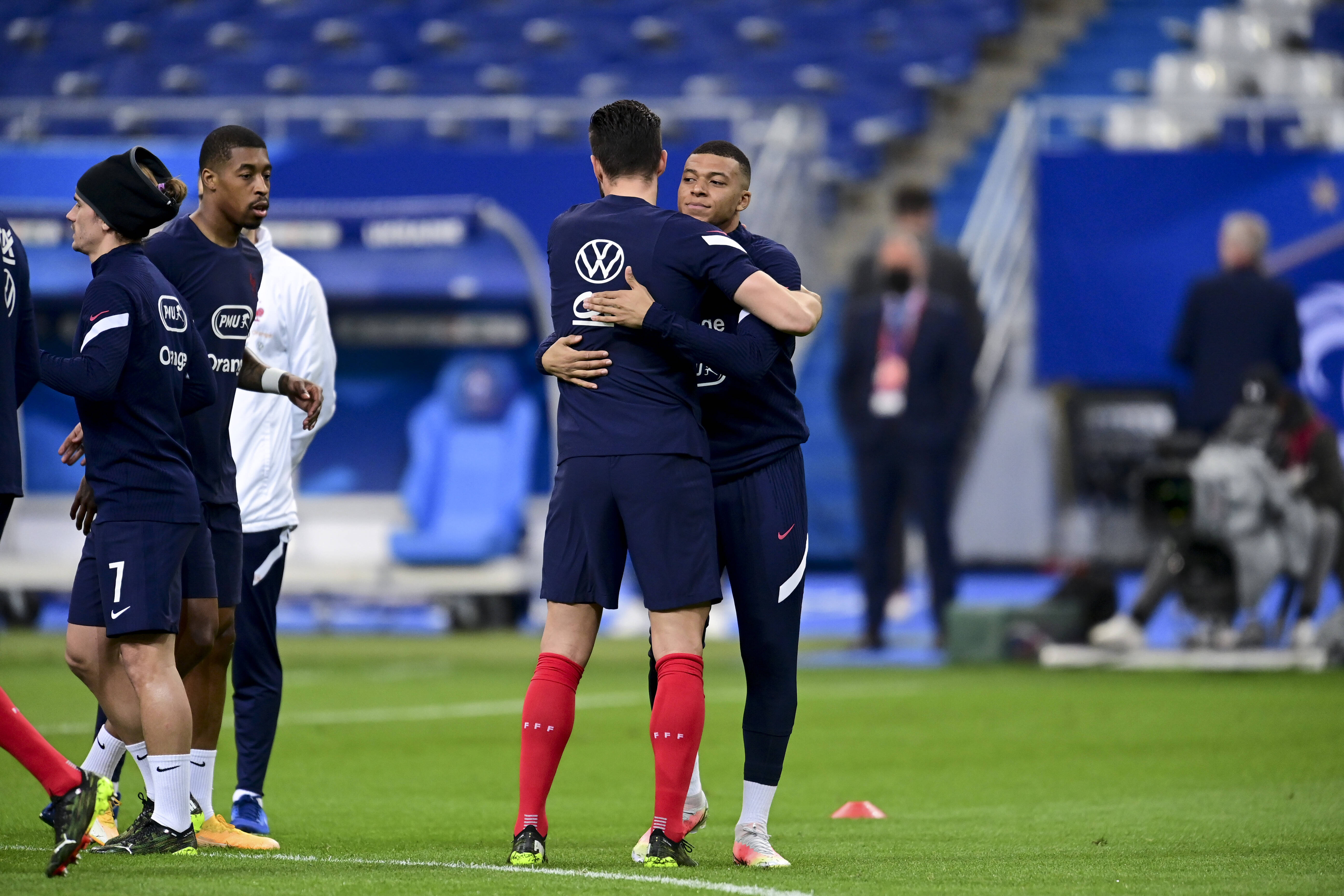 We might not be seeing a moment like this between Mbappe and Giroud again.
Credit: France vs Ukraine – Eliminatoires coupe du Monde 2022 – 24/03/2021 JBAutissier/Panoramic PUBLICATIONxNOTxINxFRAxITAxBEL

AS also stress that L’Equipe note Mbappe’s persistence to find Karim Benzema when he was on the pitch in comparison is something that may have left Giroud annoyed.

This is hardly what the favourites for the tournament need heading into the group of death that sees them face off against Germany, Portugal and Hungary.