In a brilliant publication offering statistical and biographical data on 60 players expected to garner major interest this summer, the Athletic (subscription required) have offered some more info on Declan Rice.

The Athletic have added to their data and biographical findings for each player with a summary of the transfer interest in the respective star, something which has offered more insight into Rice’s situation…

It’s reported that the defensive midfielder is holding fire on talks over a new contract with West Ham, instead focusing on their battle for Europe and now pushing it back a little for England’s one as well.

The Athletic state that West Ham value the 22-year-old at €110m, with Chelsea, Manchester United and Manchester City all eyeing the England international.

Despite Chelsea being attributed with the most interest in Rice, the Athletic add that United and City are considering making an offer for Rice, which would of course make Chelsea’s task a little harder. 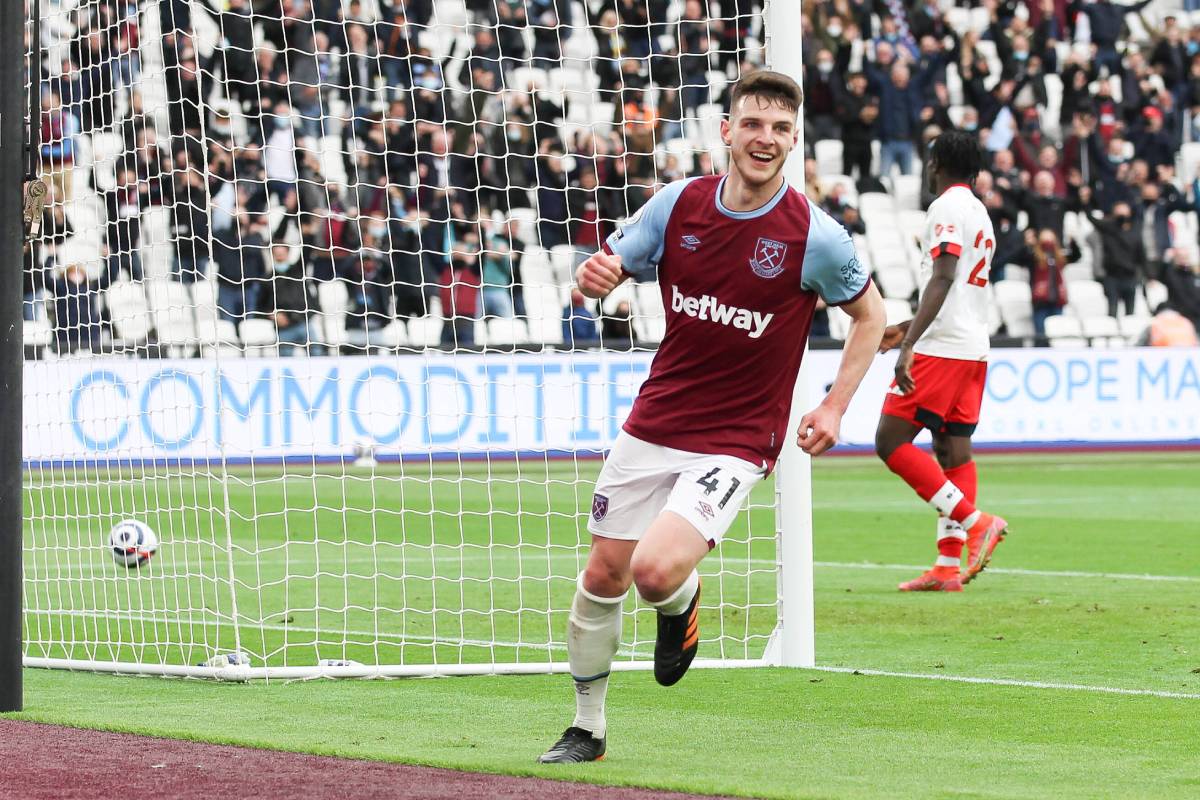 Declan Rice has continued starring for West Ham and has now become a key player for England.

Rice debuted for the Hammers on the final day of the 16/17 season and has since advanced on the promise he showed, with a growing all-around skillset and increasing importance for the national team.

The midfielder has really kicked on this season but unfortunately missed a key part of West Ham’s run-in with a knee injury, once he returned the Champions League was out the question and the Hammers had to settle for the still very respectable achievement of Europa League qualification.

Rice will definitely remain a key target for some of the country’s biggest clubs owing to his quality and established experience in the top-flight that may other young stars around his age cannot compete with.

Manchester United potentially firming up their interest in Rice could encourage Chelsea to act on their position as favourites for the signature, otherwise they risk losing a key addition to a fierce rival.