Though it’s difficult to see any further transfers of players involved in the European Championship going through before the end of the tournament, it doesn’t necessarily mean that talks won’t still be progressing in the background.

The last thing players will want is to have to be involved in protracted negotiations with their agents and respective new employers post Euro 2020, when they’ll almost certainly want to be enjoying a well-earned rest.

One player unhappy with his lot at present is Manchester United goalkeeper, Dean Henderson.

The custodian appears to have fallen back down the pecking order under Ole Gunnar Solskjaer, who seems to prefer David de Gea as his usual custodian. 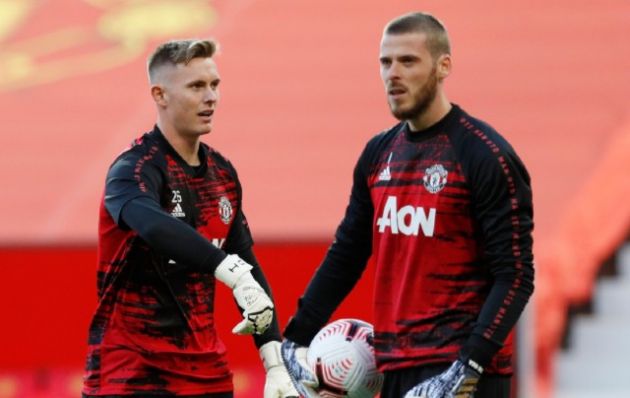 Dean Henderson wants to leave Man United if he’s not No.1 keeper next season

To that end, a move wouldn’t be out of the question and, according to Football Insider, AC Milan are looking at replacing outgoing keeper, Gianluigi Donnarumma, with Henderson.

Crucially, the outlet also note that Solskjaer would be willing to sell.