Given that Chelsea were revitalised under Thomas Tuchel to such an extent that they ended the 2020/21 campaign by becoming European champions for the second time in their history, the German arguably has carte blanche to mould the Blues squad as he sees fit.

There’s little doubt that despite the first-team squad dancing to Tuchel’s tune in the latter half of the campaign, the squad has Frank Lampard’s stamp all over it.

To that end, some of his players haven’t found favour under Tuchel, and one highly-rated star in particular could be on the way out.

According to Calciomercato, cited by SportWitness, the west Londoners will now listen to offers for Hakim Ziyech. 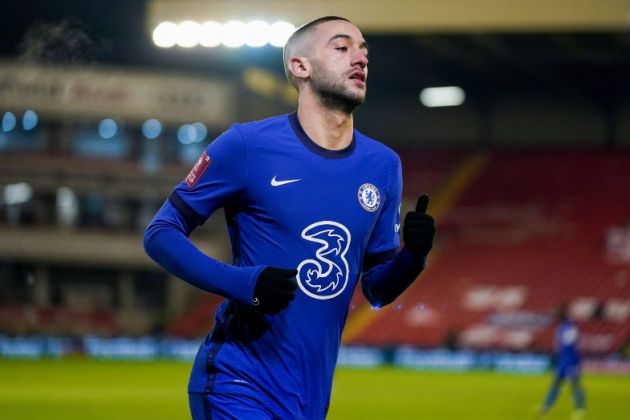 Injury prone in the first half of the season, he didn’t score in the second half and only managed a solitary assist.

It’s believed that Stefano Pioli at AC Milan could be about to offer the former Ajax man a way out, with representatives of the Italian giants already having met with Chelsea’s intermediary.