England sensation Jude Bellingham is set to sign a new contract with Borussia Dortmund, according to BILD.

Bellingham, who signed for Dortmund from Birmingham City, has already established himself as a key figure with the Bundesliga giants, despite the fact he doesn’t turn 18 until the end of the month.

He now looks set to do the same with England, with Bellingham have starred for the Three Lions during their victory over Austria in their first of two warm-up friendlies ahead of Euro 2020.

Eurosport reported back in April that Chelsea were considering making a move to sign him, with Dortmund unwilling to sell him for a penny less than £100M – testament to just how high his ceiling could be. 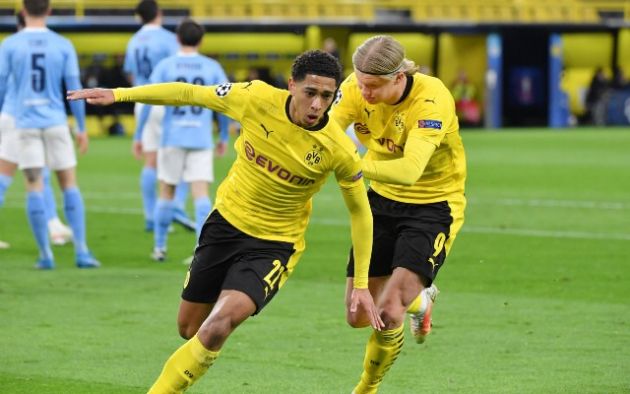 However, any speculation over Bellingham’s future is set to end, with BILD reporting that he will be putting pen-to-paper on a new contract with Dortmund, presumably after Euro 2020.

Bellingham is at the perfect place for him to continue his development, at current. At Dortmund he will be given the opportunity to play regular first-team football, both in one of Europe’s top five leagues and the Champions League.

Him sticking around with ‘Die Schwarzgelben’ was a no-brainer.