Doubts have emerged over the Chelsea future of centre-back Antonio Rudiger, who is thought to be considering his future with the Blues.

The Athletic have today published a report which claims that Chelsea are no closer to resolving Rudiger’s future, with the player now considering running his contract down and leaving on a free.

The report by The Athletic details how Rudiger is well aware this could be his last lucrative contract, and he’s currently not even one of Chelsea’s top ten earners.

Rudiger is thought to be very happy with life at Stamford Bridge, while Thomas Tuchel is understandably keen to ensure that he does not lose the German international, especially on a free.

What do we know? 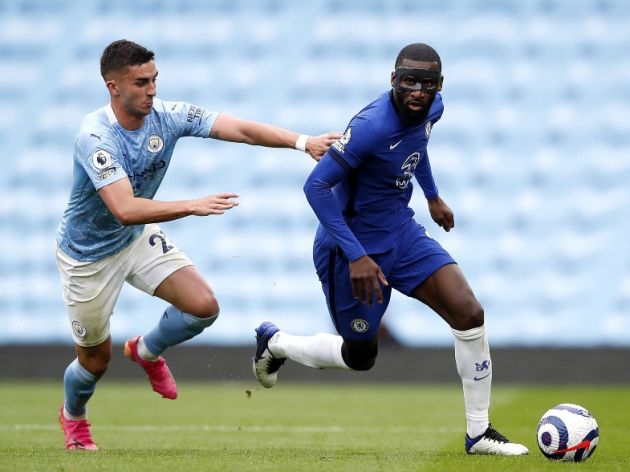 Antonio Rudiger in action for Chelsea

CaughtOffside has been told by a source close to Rudiger that, on the topic of contract negotiations between the 28-year-old and Chelsea, there is currently nothing to be said.

While it may well be the case that Chelsea and Rudiger have differing ideas when it comes to the financial intricacies of any new contract, our understanding is that formal talks have not yet been held.

Rudiger is 100% focused on the task at hand with Germany at Euro 2020 and is comfortable shelving his future until after the tournament has completed.

While it’s understandable for Chelsea fans to be anxious when a player of Rudiger’s quality has just 12 months left to run on his contract, there is, for now, nothing to be concerned about.