In the wake of Ange Postecoglou’s hire as the new Celtic manager, one pundit has gone to town on a former favourite for the job.

Highly-rated Eddie Howe appeared nailed-on at one point to become the new man in charge of the Scottish giants, but for one reason or another the deal never got over the line.

In terms of scale, the manager’s job north of the border was certainly a step up from Bournemouth with respect, and that may arguably be behind why an agreement was never found.

TalkSPORT‘s Simon Jordan is certainly convinced that Howe’s reluctance has more to it than meets the eye.

“I think Eddie Howe should have run up there and I think he’s a coward for not doing it,” he told Jim White on their talkSPORT show.

“Celtic got Brendan Rodgers when he was at a stage of his career where was going to rebuild because his reputation had been demolished at Liverpool and people were ridiculing his achievements.

“He was outed at Liverpool and went to Celtic to rebuild his reputation and the first opportunity he’s got to get a bigger job he’s gone to the Premier League to manage Leicester City. 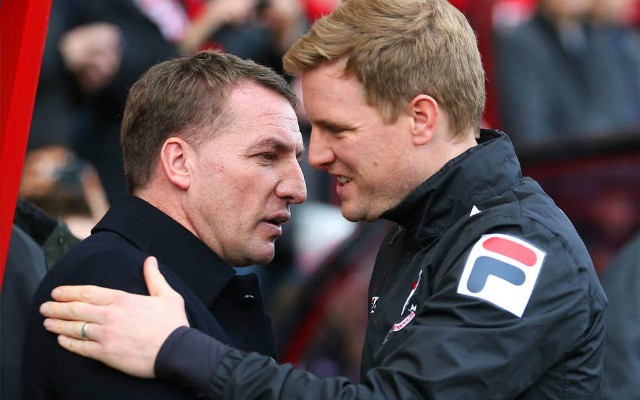 “Eddie Howe should have gone to Celtic, he should have bitten the arm off to take that job because it’s a huge job with huge opportunity.

“I think it was too big for him and I think he’s quite cowardly for not taking it.”

Never one for mincing his words in any event, you can certainly sympathise with Jordan’s point of view.

Celtic are a massive club and managerial opportunities there don’t come around too often.

Maybe it was the right club for Howe but at the wrong time. Either way, Postecoglou has now been given the keys to getting the Hoops back and challenging Rangers on all fronts.