Paul Pogba is open to the idea of extending his Manchester United contract, sources have indicated to The Athletic.

Pogba, who was re-signed by Man United with the expectation that he would develop into one of the best midfielders on the planet, has struggled to stamp his authority on the world stage, at least at club level.

However, the Frenchman remains a key figure for Man United and an important part of Ole Gunnar Solskjaer’s plans.

It’s for that reason that his contract situation will have key figures at Old Trafford feeling a little hot under the collar. Pogba can walk out of the door on a free in the summer of 2022. 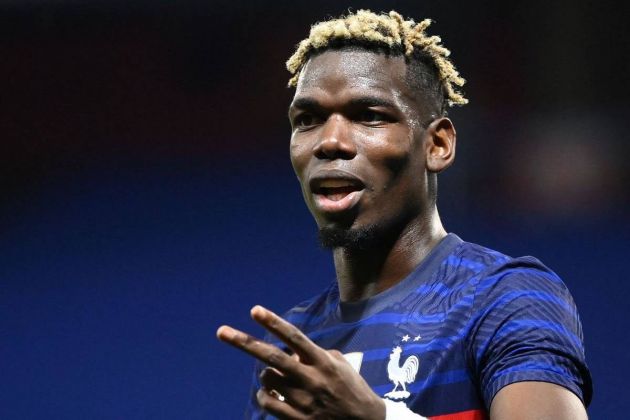 Paul Pogba in action for France

When January comes around, just six months from now, Pogba will be able to sign a pre-contract agreement with any interested club – and you imagine there’d be a few.

All hope is not lost for Man United, though, at least not yet.

The Athletic report that there is optimism that Pogba is open to the idea of renewing his contract with the Red Devils, who will have to negotiate with the notoriously difficult Mino Raiola.

You imagine that, upon Pogba’s return from Euro 2020, Man United will get to work discussing terms with the 28-year-old, rather than allow his contract to run down any further than it already has.