Ahead of the new Premier League season, one Liverpool star is already being tipped for a future career at either Barcelona or Real Madrid.

Neither of the Spanish giants have made an enquiry for the player it must be said, though Ralf Rangnick clearly believes that Ibrahima Konate’s future lies beyond his time at Anfield.

“He’s so good that he could play for Real Madrid or Barcelona one day,” Rangnick was quoted as saying by The Athletic.

Jurgen Klopp must surely be sick and tired of all of the rumours surrounding some of his best players, with both Mo Salah and Sadio Mane also linked with one or other of Spain’s big two in the recent past. 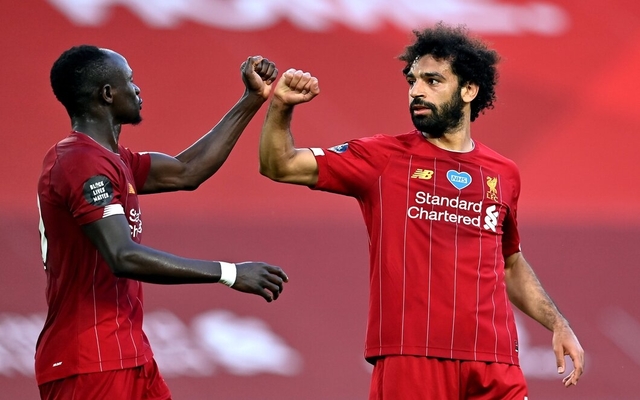 Mane and Salah celebrate for Liverpool

Konate has only just arrived at the club and will be judged on the standard of his performances there of course.

It isn’t helpful, however, even if such comment is meant with the best of intentions, to put ideas in player’s heads.

If a deal is to be done to that end in the future it will be because the player and both clubs desire it.