He’s been the cornerstone of Real Madrid’s successes over the past 15 years, but Sergio Ramos is still no closer to signing a new contract with Los Blancos.

It’s believed that the captain of the first-team wants a longer contract than president, Florentino Perez, is prepared to offer.

However, if the Santiago Bernabeu outfit don’t get themselves into gear quickly, they could be gazumped for his services.

That’s because the club where he grew up and made his professional debut, Sevilla, are preparing to offer him a bumper five-year deal that would allow him to carry on playing until he reaches 40 years of age. 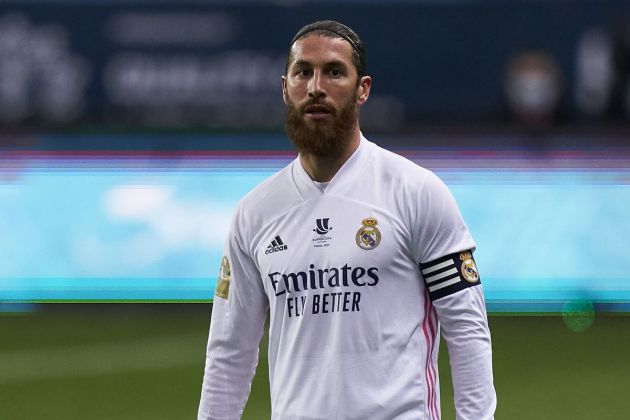 Sergio Ramos has been linked with Sevilla

El Primer Palo, cited by the Daily Mail, note that the Andalusian outfit would offer him €6m a season in order to get him to rejoin the club where he made his name, as well as handing him a non-playing role upon his retirement.

At present it’s not clear where Ramos ultimately sees his future, though there’ll certainly be an emotional pull from Sevilla that the player won’t get elsewhere.