As the summer Euros kicked off, The Athletic’s David Ornstein was busy informed Arsenal fans that their club are preparing to make a move for Brighton and Hove Albion defender Ben White.

White, 23, is currently away on international duty with Gareth Southgate’s England, however, that hasn’t stopped his long-term domestic future being heavily speculated.

Having joined the Seagulls back in 2014, after rising their the club’s youth ranks and with the help of a successful loan with Leeds United, White has grown to become one of the Premier League’s most highly-rated centre-backs.

Following what has been an excellent individual campaign throughout the most recent 2020-21 season, White has now emerged as a summer transfer target for Mikel Arteta’s Gunners.

Ornstein has hinted that although the Londoners have yet to follow their interest up with an official offer, it shouldn’t be too long until a bid goes in.

? Arsenal preparing move for Brighton defender Ben White. No club-to-club contact yet but expected in due course. Could take ~£40-50m — unlikely to be insurmountable for #AFC. Interest 1st reported by @johncrossmirror. W/ @gunnerblog @TheAthleticUK #BHAFC https://t.co/vYS2KG9rs5

It has been noted that the Seagulls will demand between £40m and £50m for their young defender. 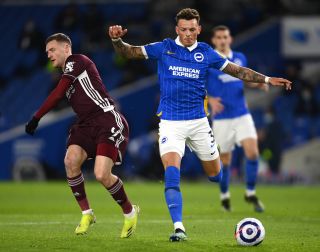 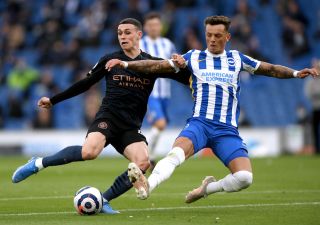