It’s understandable that Barcelona will look to cash in on any merchandise sales once a new signing arrives, but it appears someone who looks after the store website has got ahead of themselves here.

Memphis Depay has been heavily linked with a move to the Nou Camp and he’ll be a free agent after leaving Lyon, while they need some more help in the attack so he looks like a good signing:

Barcelona are now offering Memphis Depay a contract until June 2024. Three years improved agreement on the table in order to complete the deal ‘as soon as possible’, to avoid another turnaround after Gini Wijnaldum changed his mind to join PSG. ??? #FCB #Barça

It must be stressed that the signing hasn’t been announced at all yet, so you would be nervous about paying €160 for a shirt unless it was completely true: 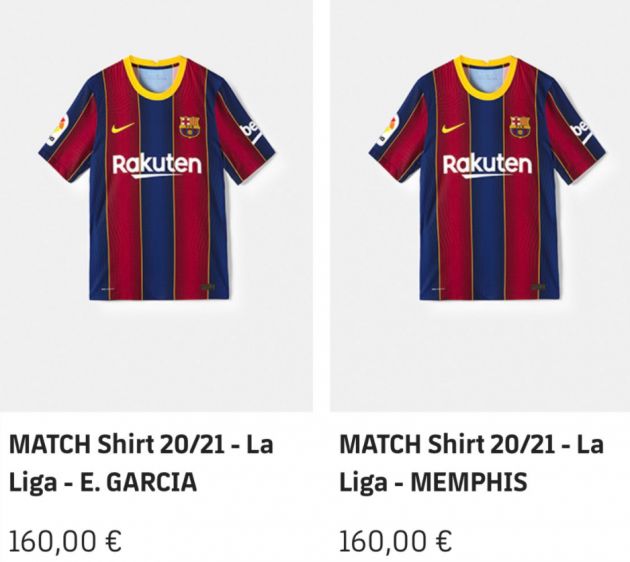 The site has since been taken down for maintenance as that issue is fixed, but all eyes will now be on the official channels to see if an announcement is coming…