Liverpool midfielder Thiago Alcantara has been spotted posing with Philippe Coutinho on his birthday.

The Brazil international remains a big name in the game despite a difficult spell at Barcelona since his move from Liverpool back in 2018.

MORE: Liverpool urged to get PL star signing “over the line”

Coutinho had been a star player for the Reds, but he’s flopped spectacularly in his time at the Nou Camp and a summer move away is surely on the cards.

There’s been some gossip about Coutinho perhaps making his way back to Anfield, so Alcantara hanging out with him might get people talking… 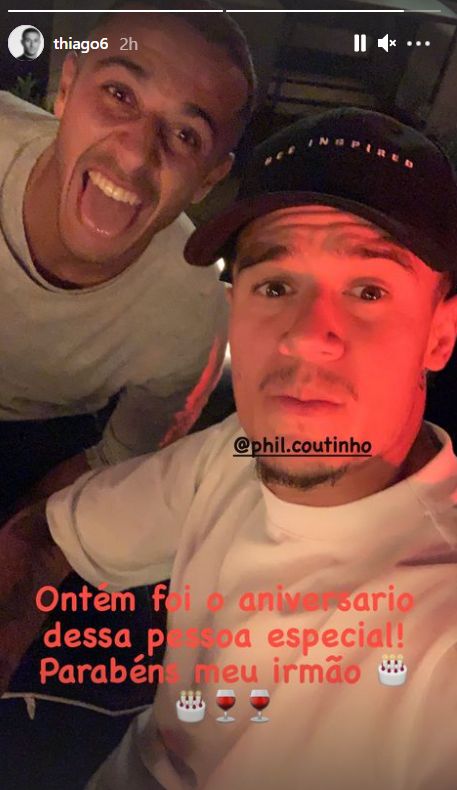 We’re not entirely sure Coutinho is still needed at Liverpool, and it would undoubtedly be a risky signing after his dip in form at Barca.

Still, it might also be tempting if the price is right, as the 29-year-old won’t have lost all that talent overnight, and could get back to his best with a return to English football.