Argentina arrived over the weekend in Rio de Janeiro, where they’ll open up the Copa América against Chile.

Lionel Messi spoke to the media to discuss what he expects from his squad as they kick off the tournament. Following the FC Barcelona superstar is the Argentine squad manager Lionel Scaloni.

The 43-year-old answered various questions from the media during his press conference. Marca Claro relayed some of the questions answered by the Argentine tactician.

One of the first questions that Scaloni answered is over the cuts he had to make after two 2022 FIFA World Cup Qualifying fixtures for Argentina. Scaloni chose Juan Foyth and Lucas Ocampos to cut from the squad for the Copa América.

Video: “I cannot answer that question” – Barcelona managerial candidate declines to comment on future at River Plate
Man United’s Paul Pogba is the right fit for Barcelona but at the wrong time
Video: “We do not really deserve” – River Plate manager states appreciate Lionel Messi while he’s still playing 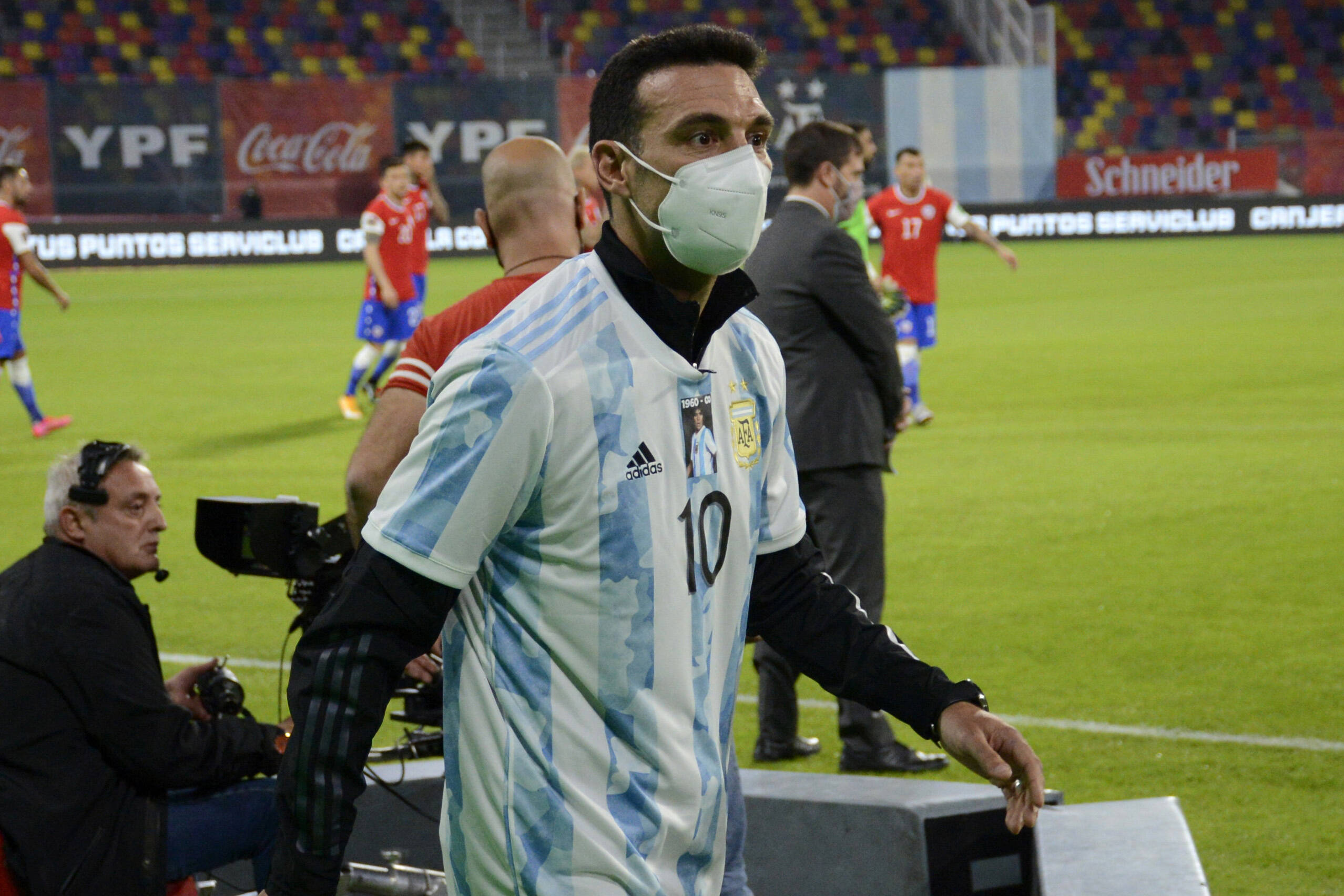 “I spoke with them; they have my explanation, as did Palomino, Buendía, and Alario. We gave them the reasons. From the moment I was going to quote 33, I knew I would have to make a cut. We work honestly and do our best. Whenever it comes in one, another comes out, and they are companions,” Scaloni said.

Scaloni then touched on the game plan for Argentina heading into the tournament; La Albiceleste is coming off two draws against Chile and Colombia. In both those fixtures, the Argentine squad held the lead but coughed it up.

“The road is a bit what we did with Colombia; it was logically necessary to win. We know that if we won, everything would look different. The operation is evident, we have clear what to correct, but we are going that way,” Scaloni said.

“We have played with three forwards; we always end up doing it. The names can be one or the other, but we always play with those offensive footballers. We will see it based on what we think the team needs,”

Finally, the Argentina manager gave his thoughts on their opponent in Chile.

“I don’t think it varies much, they don’t have Alexis, an important drop, but he’s still competitive and difficult. He knows what he’s playing at. He’s a great player; when a team loses its top figure, it becomes strong, I think,” Scaloni said.