It will surely go down as the goal of the Euro 2020 tournament, but Patrik Schick’s incredible 50-yard lob from near the halfway line could’ve been easily avoided.

Scotland were pushing for an equaliser in their opening match against the Czech Republic, but with more than half an hour to play, there really was no need for goalkeeper, David Marshall to be playing such a high line.

As soon as the ball broke to Schik, there was only one thought on his mind, but he wouldn’t have even considered it if Marshall was better placed than can be seen in the picture below. 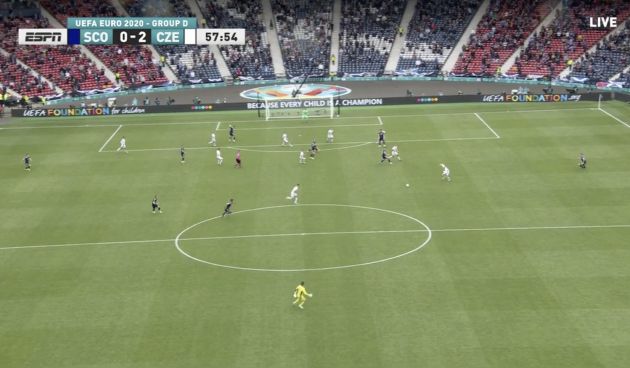