Some Chelsea fans on Twitter have called on the Blues to sign Patrik Schick after his superb brace sunk Scotland during their Euro 2020 opener.

Schick, who has never been more than a ‘1 in 2’ striker, at best, turned on the style during the Czech Republic’s clash with Scotland, opening the scoring with a brilliant header before scoring of of the greatest goals in European Championship history.

Chelsea fans, who have been starved of a quality centre-forward since the departure of Diego Costa, appear to have been impressed with what they saw from the Bayer Leverkusen striker against the Scots – and who can blame them? 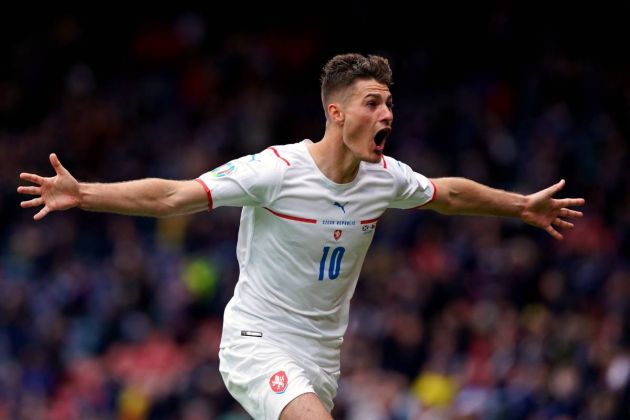 The Blues are almost certain to be in the market for a new striker this summer, with some reactionary Chelsea fans now convinced that they have found the man that they’ve been looking for in the shape of Patrik Schick.

As reported by the Telegraph, Chelsea have been heavily linked with a move for Borussia Dortmund striker Erling Haaland. Some of these Chelsea fans are even asking for their club to shelve those plans and pursue Schick – which has to be tongue in cheek, right?

Patrick Schick to the Chels?

Schick golden boot and £50m move to Chelsea, book it

To #Chelsea & #cech please scout vaclik & Schick i think this two player really good if they play for chelsea ?