UEFA have officially announced that star striker Marko Arnautovic has been banned for one match after an incident in Austria’s victory in the Euro 2020 opener against North Macedonia.

Arnautovic, who starred for Stoke and West Ham in the Premier League before moving to China, burst out with a very heated celebration after coming off the bench and scoring to seal a 3-1 victory.

According to the MailOnline via Koha, Arnautovic made a derogatory comment towards Leeds United star Ezgjan Alioski about his ‘mother’ and also mentioned their Albanian heritage.

The incident sparked allegations of racism from Arnautovic, though the forward denies those claims per the Guardian and instead apologised for his ‘heated words’.

The MailOnline report via Koha that Arnautovic purposefully made the insult in Serbian – the nationality of his own father, to ensure that Alioski understood what was being said.

The statement on Arnautovic comes minutes after eagle-eyed fans recently noticed a ‘suspended’ message on the 32-year-old’s profile page on the official UEFA website.

Though the verdict on Marko Arnautovic has yet to be officially announced, this image from the UEFA website would seem to suggest a ban is imminent… pic.twitter.com/7CseCUYmQJ 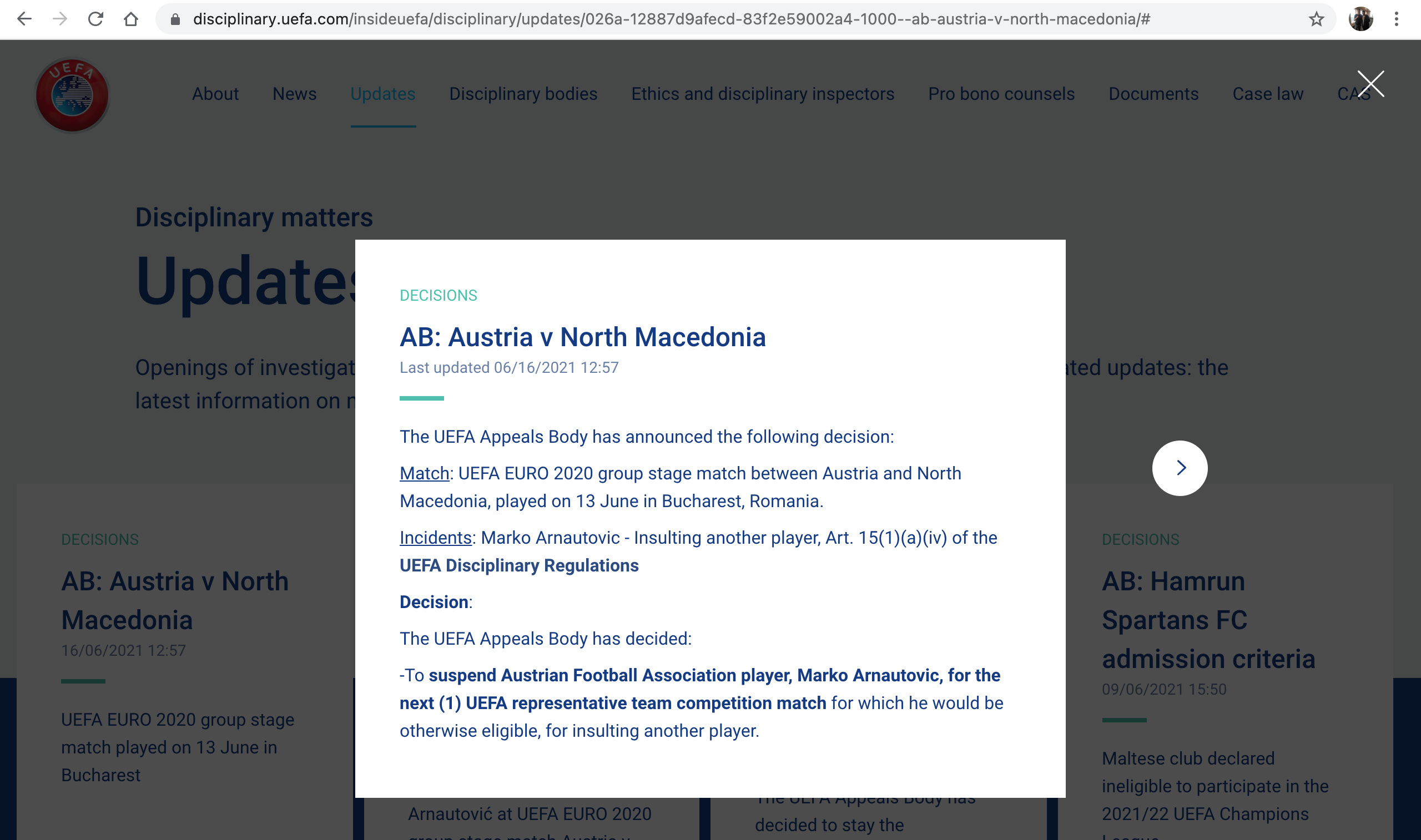 Despite the allegations, Arnautovic appears to have avoided a charge related to racism as UEFA state that the ban is for ‘insulting another player’ and don’t expand on anything else.

Arnautovic was so animated that Austria superstar David Alaba actually held the forward’s jaw in an effort to stop him from speaking.

Arnautovic will now miss Austria’s most difficult clash of the Group Stages, which comes against the Netherlands on Wednesday night.