Match of the Day host Gary Lineker has ended up deleting an offensive tweet about the Irish Potato Famine.

The former England striker initially posted a picture of several brands of crisps in his changing room, joking about how annoyed he was that none of them were Walkers – a brand he has represented for many years.

This ended up resulting in the exchange below with an Irish crisp brand, Mr Tayto, before Lineker took things a bit far with a joke about fighting over potatoes that seemed to quite clearly allude to the Great Famine that led to around 1 million deaths… 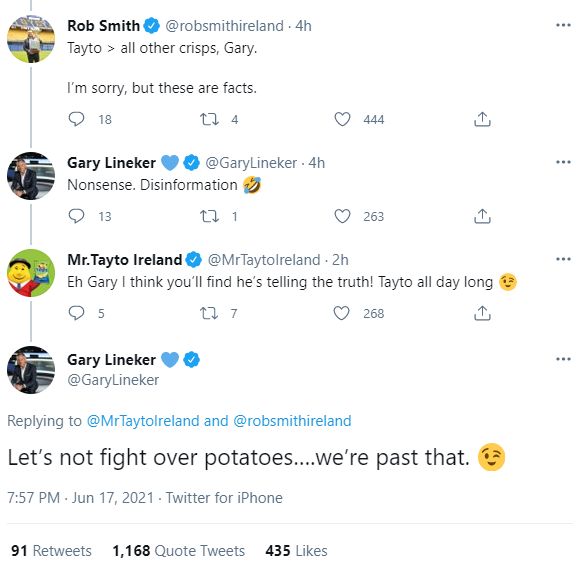 This led to a furious backlash on Twitter, with many users clearly unimpressed with this attempt at humour by Lineker, who has now deleted the incriminating tweet that we’ve got in the screen shot above.

A cheeky little joke and a wink emoji about Irish genocide there from Mr Lineker, sure why not ay

Gary’s had a stinker here https://t.co/agFuP3kSG2