Cagliari’s Nahitan Nandez is back on Leeds United’s list of potential transfer targets, according to La Nuova Sardegna.

Nandez has previously been linked with a move to Elland Road, but as of now, no deal has been struck between Cagliari and Leeds.

Marcelo Bielsa is thought to be the driving force behind the Premier League side’s interest in the Uruguay international.

As per La Nuova Sardegna, Bielsa has identified Nandez as the man he wants to strengthen his midfield ahead of next season. 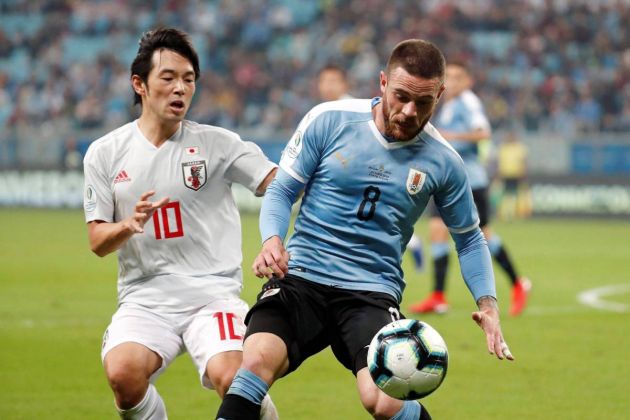 Nandez has been fielded across various midfield positions during his time as a Cagliari midfielder. Versatility is a precious asset for a footballer.

The 25-year-old is strong in the tackle and a positive driving force with the ball, traits Bielsa clearly places value in.

As per the report, Leeds are ready to make their move for Nandez, in an operation which could cost as much as €36M.

It’s a considerable amount of cash to be paying, but if Nandez is the man Bielsa wants, Leeds may well deem it a worthwhile investment.