This is certainly not going to be a season for vintage football kits, with each team trying to out-gross each other it seems.

Barcelona’s La Liga home shirt was certainly a new low in terms of aesthetics but, if it were possible, they’ve lowered the bar even further with their new Champions League home shirt.

Not only is it festooned with patterns that the PR companies will try and have you believe is representative of certain areas of the city, but the colours aren’t even correct. 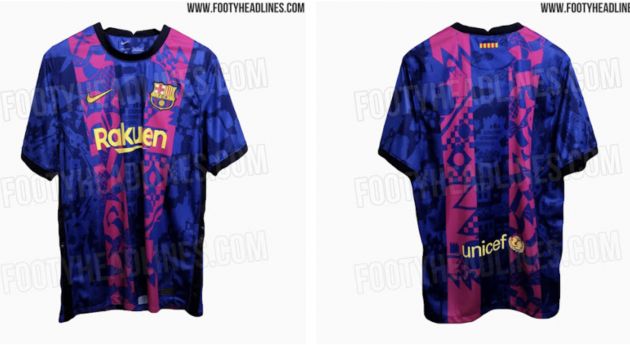 The usual red stripes, for example, are now ‘Fireberry,’ which is pink for all intents and purposes. The blue stripes are now ‘hyper royal’ according to Footy Headlines, which, on first viewing, look to be more of a purple.

It might be different but it isn’t Barcelona. Thumbs down.