One of the main topics going into Euro 2020 centred around how teams would send their message to show they were against racism, and it’s led to plenty of discussion about taking the knee and what it represents.

Hungary’s political regime isn’t exactly welcoming and inclusive of minority groups so this won’t come as a huge shock, but their fans have been causing a stir with some recent incidents.

They gathered before the game against France today to show that they didn’t agree with the taking the knee gesture: 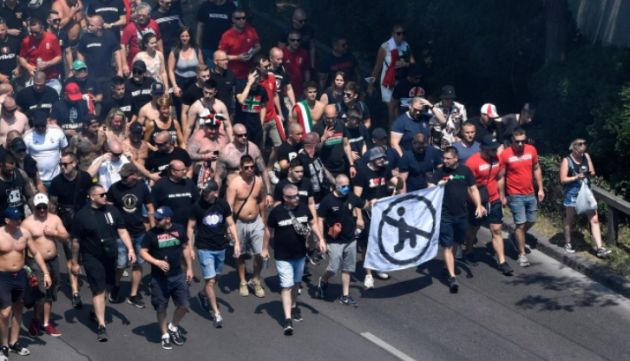 There is a much bigger issue emerging from the game against Portugal as homophobic banners and chants have been reported to UEFA, and it’s worth noting that Mexico have to play their next two games without fans due to a similar incident.

Hungary have been packing out the ground with supporters so far in the tournament so this would be a blow if their next game either here or in the World Cup qualifiers were played in front of an empty stadium, but it does look like a possibility.